Much of the 2019 crop still has a long way to go. Early frost and other weather ailments could further diminish the crops' final yield.
( Sonja Begemann )

All eyes will be on the USDA report that comes out today, as it will provide USDA’s update on the 2019 corn and soybean crops.

This week Indigo increases its projection for the national average corn yield. As of Sept. 12, Indigo estimates the corn yield to be 159.4 bu. per acre, which is up nearly 5 bu. from its August estimate.

With crop health in mind, experts at Indigo are keeping a close eye on potential frost damage. Without question, late planted crop is at the greatest risk for a damaging freeze. 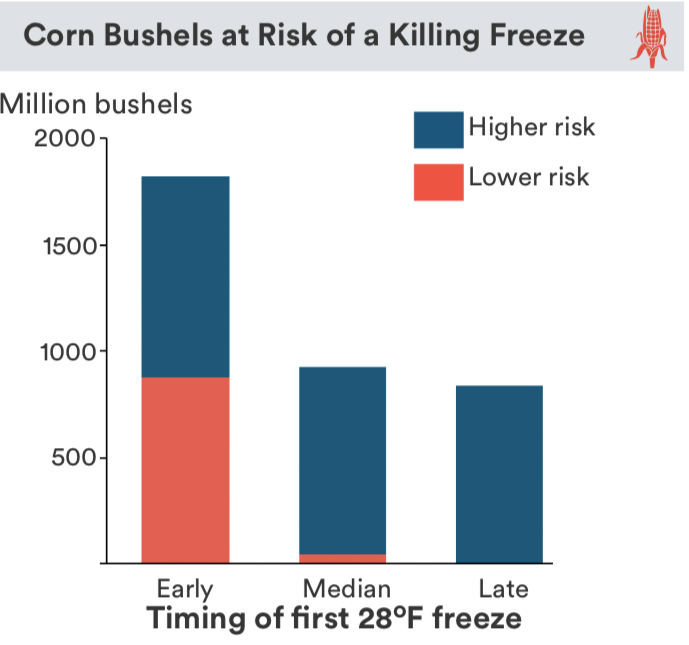 Furthermore, a significant number of acres are more than four weeks behind historical maturity, according to Indigo analysis. The group identified 6 million corn and 2.6 million soybean acres significantly behind normal.  Most of these acres are in northern states including Minnesota and North Dakota, with some in Illinois, Indiana, Iowa, Michigan, Missouri, Ohio, South Dakota and Wisconsin as well. 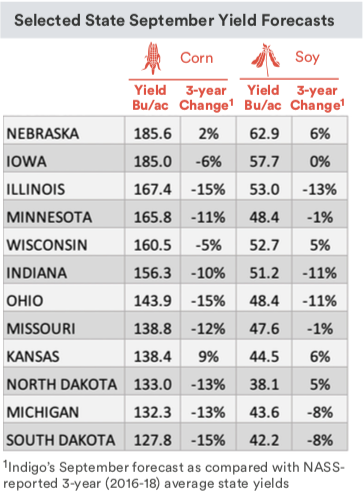 Follow along with today’s USDA report coverage on Agweb.com.