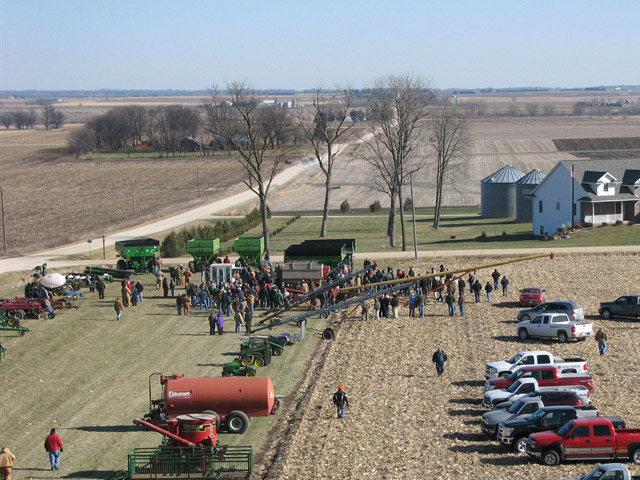 The U.S. Senate passed a $42 billion package of tax incentives, reviving dozens of lapsed breaks for 2014 and setting them to expire two weeks from tomorrow.

Top provisions affecting agriculture include an extension of Section 179 for 2014 only. The bill won approval announcements from the National Milk Producers Federation as well as the Illinois Soybean Growers, though concerns remain about the future.

"As a soybean grower, I welcome this federal tax extension as it provides continuity and stability for my fellow producers who use these programs," says Stan Born, soybean farmer from Dunlap, Ill., in the Illinois Soybean announcement. "However, farming requires long-term planning and, consequently, we need a more permanent solution. I hope that both chambers will work together on a resolution and extend these critical tax incentives into the future."

Congress will have the “dubious distinction” of starting next year with all of the provisions expired, said Senator Orrin Hatch, a Utah Republican who is poised to become chairman of the Senate Finance Committee in January.

“Never in the history of tax legislation have so many voted for so little and been so disappointed,” he said.

Beneficiaries of the breaks include multinational corporations such as General Electric Co. and Intel Corp., along with individuals who sold homes in short sales or live in states without income taxes.

By extending the tax breaks through 2014, Congress did the bare minimum necessary to avoid creating a major disruption to the 2015 tax-filing season or saddling taxpayers with unexpectedly higher bills.

“Congress is turning in its tax homework eleven-and-a-half months late and expects to earn full credit,” Finance Chairman Ron Wyden, an Oregon Democrat, said on the Senate floor before the vote this evening.

Wyden, who wanted an extension through 2015, was one of eight Democrats who voted no; the others were Elizabeth Warren of Massachusetts and Joe Manchin of West Virginia. Eight Republicans voted no, including Pat Toomey of Pennsylvania and Rob Portman of Ohio.

Lawmakers didn’t provide predictability or certainty for 2015. That will put the lapsed tax breaks back on the agenda next year.

“In this instance, Congress chose growth over gridlock,” said Dean Garfield, president and chief executive officer of the Information Technology Industry Council, a group whose members include Google Inc. and Visa Inc. “But it’s important to note that this is a temporary patch on a larger problem.

The tax breaks are known as extenders, because they are routinely set to lapse and then are continued.

The package includes some provisions with broad bipartisan support, such as incentives for charitable donations from retirement accounts, the research tax credit for companies and higher capital writeoff limits for small businesses.

It also includes a few items targeted to particular industries, such as the production tax credit for wind energy and accelerated depreciation for motorsports tracks.

Though some are occasionally dropped from the list, the tax breaks have survived for years as a group, propelled by corporate lobbying and lawmakers’ willingness to vote for each others’ priorities. They often are attached to broader must-pass legislation, though not this year.

The last three times Congress considered the package -- in October 2008, December 2010 and January 2013 -- the breaks were revived retroactively and extended for a full year going forward.

This time, lawmakers aren’t extending the breaks beyond Dec. 31 or making any of them permanent.

House Republicans and Senate Majority Leader Harry Reid were close to a deal in late November that would have made some of the breaks permanent, including the research tax credit, the state sales tax deduction and a tuition tax credit that doesn’t lapse until the end of 2017.

That proposal collapsed when Obama threatened to veto it, with administration officials saying it aided businesses without providing enough to individuals. In particular, Obama wanted permanent extensions of expanded tax credits for low-income families that expire at the end of 2017.

Separate from the tax-break extensions, the bill would create a new type of tax-advantaged account. Disabled people would be able to set money aside for future needs while remaining eligible for government benefit programs.