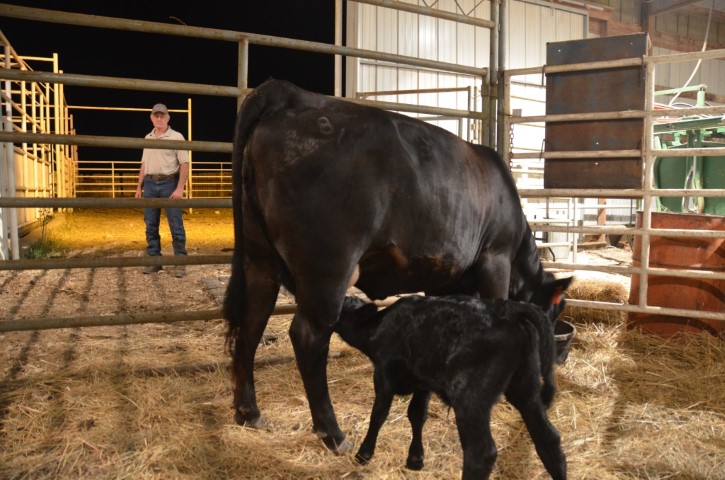 What is the best way to move a year-round calving herd to a defined calving season?
By: Justin Rhinehart, University of Tennessee

The most widely used procedure for converting to a controlled breeding season is to convert slowly, over a three-year period. This usually results in a transition that does not require culling a majority of the cows in one year and is much more economically feasible than transitioning in a single season. Given the current cattle market and the cost of purchasing or raising replacements, an even slower transition should be considered.

Also to that point, if there are enough cows to run two herds in opposite breeding seasons, grouping based on initial pregnancy status, can make the transition less costly. This will create an opportunity to “roll” open cows to the opposite breeding season when they come up open for the first time. But, good records should be kept to make sure that unproductive cows are sold before they become a liability.

In year two, the beginning of the breeding season will be set. This date will move later in the third year and can continue to be adjusted to shorten the breeding season more over time. In this example, we will start the second year on January 20th and pull the bull again on June 20th (the same day as year 1). Pregnancy check again after the bulls have been out long enough for the method that will be used and cull (or roll to the alternate season) cows that are open without a calf – this should not be many in year 2 – and cows that are open with a calf old enough to market. This will result in a calving season from the end of October to the end of March.

In year three, the bull is put back with the cows later than the previous year to shorten the breeding season to about 90 days. In this example, the bull goes back with the cows on March 20th, is removed again on June 20th and the cows are pregnancy checked after the bull is removed. Continue to cull open cows or roll them to the alternate season (again, only once per cow) if using two herds. If the economics of salvage value for open cows and the cost of bred replacements (whether raised on the farm or purchased) changes, it might become a better choice to cull all open cows rather than giving them a second opportunity in the opposite breeding season. Always keep an eye on the non-fed and replacement markets and be flexible enough to adapt if the market calls for that in years to come.

The breeding season can be shortened more in subsequent years. Another thing to consider is to start breeding replacement heifers three weeks to a month before the mature cows. This will require selecting heifers born early in the previous season that will be old enough and have already started cycling. Also, refer back to the previous articles in this series to apply the discussion about bull management and selecting the most appropriate calving season. 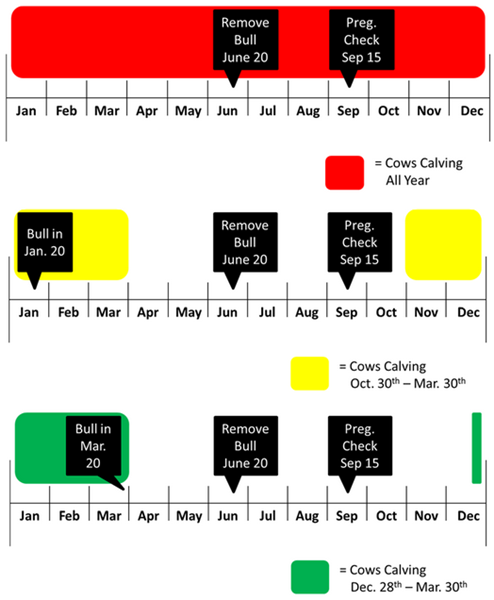