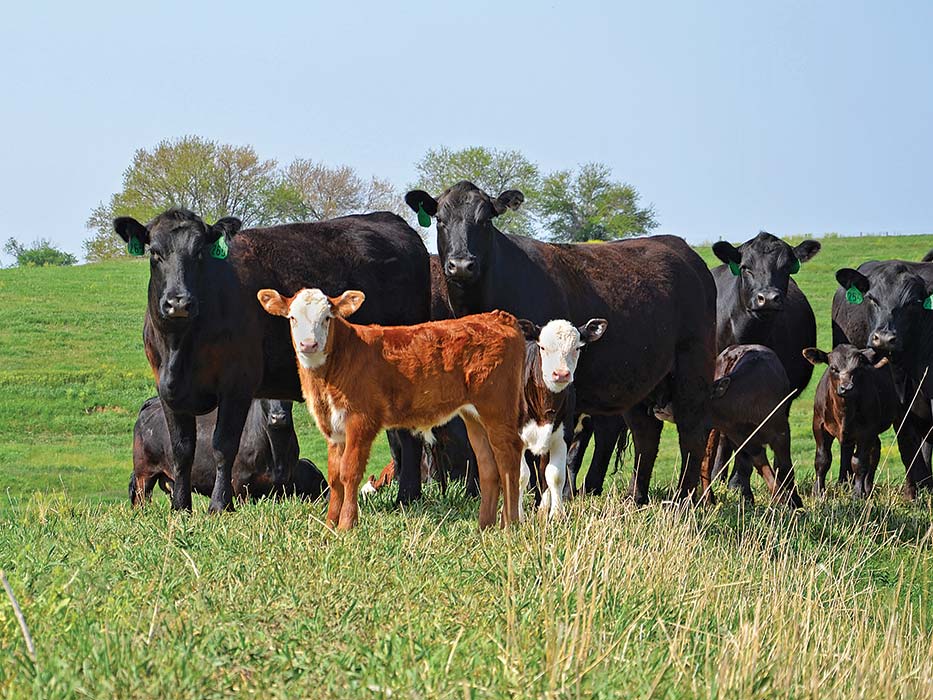 Treat the right worms at the right times with the right dose of the right products. That might sound relatively simple, but as worms and the cattle industry evolve, it’s essential to  customize parasite-control programs.

Calendar-based deworming recommendations, in many cases, no longer provide the most cost-effective use of time or financial investment. Production environment, weather and biosecurity practices influence control priorities as well.

Parasite control in cattle has become more complex, partly because of worm populations developing resistance to some anthelmintics, says Tom Craig, a DVM, Ph.D., and retiree from Texas A&M who still spends time at the veterinary diagnostics lab. Movement of cattle from cow-calf to stocker operations, heightened in drought years, blurs the geographic lines of parasite distributions and likely introduces species to previously unaffected  pastures.

“Where are you buying your worms from?” Craig asks.

Traditionally, strategic deworming has meant treating cows and calves in the spring, before turning out to pasture, to prevent shedding of parasite eggs, and then treating again in the fall to remove parasites they picked up during the grazing season. This approach doesn’t work for all production environments, and no single treatment or strategy will work for every operation, Craig says.

Ostertagia ostertagi, or the brown stomach worm, remains the primary nematode parasite causing production losses in cow-calf herds, Craig says. Within herds or surrounding areas ranchers could also face other types of worms including Cooperia species, Haemonchus, Nematodirus and liver flukes. The ideal timing for deworming varies based on type of worm, as does the degree of drug resistance.

Older cows generally develop a tolerance to Haemonchus species but the worm can cause damage, even in adult cows, when introduced to herds not previously exposed. Some Haemonchus populations have developed resistance to the macrocyclic lactone class of dewormers, which includes avermectins. These worms are active in warm weather, but can spread during the winter in the South.

Ostertagia, Craig says, reproduce and spread primarily during the winter in the South and the summer in the North. They are active above 50°F and go dormant during the hottest, driest weather, only to emerge later. Cattle ingest Ostertagia eggs while grazing; the eggs hatch and mature worms damage the stomach lining and impair digestive function. In Type II ostertagiasis, the worms encyst in the abomasum during cold or dry seasons and re-emerge later.

Most cows develop a tolerance to Ostertagia by five years of age. Depending on their tolerance level though, cows infested with Ostertagia can experience loss of weight, feed efficiency, body condition and even reproductive ability.

Customizing parasite control is a matter of timing, says University of Florida veterinarian Max Irsik, with regard to the:

Older cows in good body condition might be best left untreated. If nutrition for the herd is adequate, thin cows or poorly conditioned cows are likely candidates for deworming. This could save significant pharmaceutical costs while helping minimize parasite resistance within the herd, Irsik says,
Parasite distribution isn’t usually consistent across the herd, Craig adds. “It’s the 20/80 thing,” he explains. “Twenty percent of the herd will have 80% of the worms.”

Craig stresses the importance of understanding how local climates and production systems affect the Ostertagia life cycle, pattern of infection and the duration of efficacy for anthelmintics. In the southern Plains, for example, Ostertagia tends to enter its dormant stage in late spring or early summer as the weather turns hot and dry, with adults emerging and egg shedding occurring from the fall into early spring. In the North, the pattern is reversed, with cold winter weather causing the worms to enter their dormant state and Type 1 infections taking hold in spring and summer.

Craig generally recommends deworming a cow herd in late spring to early summer with injectable avermectin to control Ostertagia. For suckling or weaned calves, he turns to white drench dewormers to control Cooperia and Haemonchus species. Cooperia, he notes, have become resistant to macrocyclic lactones in many areas.

On his Missouri operation, Mike John mainly uses injectable dewormers, and sometimes an oral drench, rather than pour-on products. John also serves as director of MFA Health Track and says many ranchers in the a value-added cattle-marketing program do the same for more reliable dosage and efficacy.

On his fall-calving operation, John usually deworms cows and calves 15 to 20 days after turning out to pasture in the spring, just before rotating them to the next pasture. This allows time for the larval worms picked up on the first pasture to mature. The treatment kills them and thus prevents egg shedding on subsequent pastures through the season. After calves are weaned in the spring, cows don’t return to the chute again until they calve, so he uses a long-acting injectable and pasture rotation to keep parasites under control through the grazing season.

Veterinarians increasingly  promote injectables or oral dewormers for optimum efficacy. Canton, Mo., veterinarian Dan Goehl steers clients away from pour-ons and has reintroduced oral drench into some herds. “In cattle going into a drylot that will not again go to grass, we use combinations of drench and an avermectin. We try to be aware of the economic and resistance impact when choosing what to use on pasture cattle.”

Work with a veterinarian to devise and monitor a parasite-control strategy, Craig stresses. If performance and reproductive efficiency decline, strategic changes in timing or product selection could make a difference. If resistance seems to have developed, conduct fecal egg count reduction tests to evaluate efficacy of deworming products.

Declining production can indicate problems beyond parasites. Quoting a former student, Craig says, “You can feed a cow out of a worm problem, but you can’t worm a cow out of a feed problem.”

While external parasites, particularly flies, have always demanded attention, effective fly control has become even more critical in recent years. Given USDA’s veterinary feed directive and the limitations to purchase and use medicated feeds to prevent and control pinkeye and anaplasmosis, focus on controlling flies as a means of preventing disease.

The issue of drug-resistant worms also plays a role in controlling external parasites. Missouri veterinarian Dan Goehl says overuse of pour-on macrocyclic lactone products leads to risk of resistant parasites. The low price of some pour-on anthelmintics encourages producers to use them in place of products meant specifically for fly control. “Often when they are used for this purpose they are dosed incorrectly, misapplied and mishandled,” he says. “It is not uncommon to hear of a producer using them monthly for fly control.”

South Dakota veterinarian Jake Geis, with the Sioux Nation Ag Center, says to avoid macrocyclic lactone pour-ons for external parasites and use a permethrin insecticide, preferably with an insect growth regulator. His staff gives specific instructions on how to apply the permethrin products to maximize efficacy, rather than simply sending the product out the door, he says.

Bottom line: Rotate insecticides and use sanitation and other management practices to minimize the stress, disease and resistance issues associated with flies.