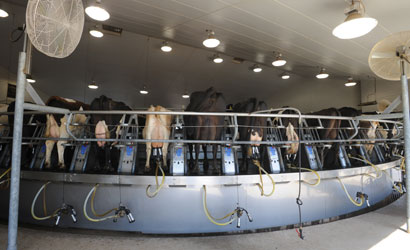 The milk-weighted geometric mean of bulk tank somatic cell counts (SCCs) was 227,000 cells/ml in 2009 in the four Federal Milk Marketing Orders in the Central U.S.

That’s according to data released by USDA’s Animal and Plant Health Inspection Service this summer.

The data includes bulk tank SCCs from the Central, Midwest, Southwest and Upper Mideast orders. These orders regulate milk from 32,854 producers in 34 states and account for nearly half of U.S. milk production.

The milk-weighted average is based on milk volume. When the average is calculated by producer, it creeps up to 277,000. But the 2009 average is also down compared to the previous five years.

The U.S. industry is under pressure to lower all milk below 400,000 cells/ml to meet European Union export certification requirements. In 2009, the APHIS study shows 89% of the milk would have met that goal on a monthly basis.

But here’s where the good news ends: Only 50% of the producers shipped milk below 400,000 cells/ml in all months of 2009. Keep in mind, however, that the EU 400,000 cells/ml requirement is based on a three-month rolling average. So it’s likely some higher percentage of producer milk would qualify for export. 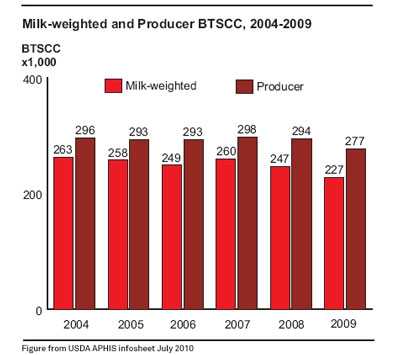