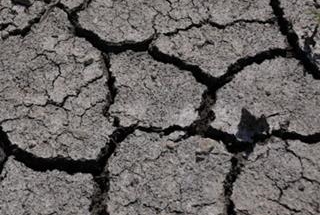 South Africa’s worst drought on record, a plunging currency and debt-burdened consumers are weighing on the country’s biggest food producers, who may sacrifice profits in order to keep prices affordable and preserve market share.

The shares of food producers including Pioneer Food Group Ltd. and RCL Foods Ltd. have this month fallen to the lowest in more than a year as local prices of key staples such as white corn doubled over the same period while wheat rose 25 percent. As the worst drought since records started in 1904 decimates food crops, import costs are surging, with the rand losing 30 percent against the dollar since the start of last year, the worst performer among 16 major currencies tracked by Bloomberg after Brazil’s real.

“The prices of soft commodities have gone through the roof,” Ron Klipin, an analyst at Cratos Capital (Pty) Ltd. in Johannesburg, said by phone, referring to the grains. “It’s very difficult to pass on and claw back those prices, so the companies are going to have to absorb it.”

Apart from rising food prices, consumers’ spending power will be curbed by probable rate increases in a country where debt exceeds 78 percent of households’ disposable income, Lullu Krugel, an economist at KPMG LLP in Johannesburg, said by phone. Forward-rate agreements starting in six months, used to speculate on borrowing costs, show investors are pricing in 100 basis points of increases by the South African Reserve Bank in the first half of the year.

“We will probably see a significant pickup in food inflation,” Jiten Bechoo, an analyst at Avior Capital Markets (Pty) Ltd. in Cape Town, said by phone. “Even then, it may still mean margin pressure because it is going to be insufficient to cover costs.”

Food inflation will probably exceed 10 percent by the middle of this year, Krugel said. It was 4.8 percent in November, Statistics South Africa data show. Food prices are expected to increase by as much as 25 percent in the year ending April 2017, Ronald Ramabulana, chief executive officer of the National Agricultural Marketing Council, told reporters.

While the price movements of grains have been extreme, the company has a wide product portfolio, “which in times like this goes some way to preserving profitability,” Roux said.

Tiger Brands, based in Johannesburg, is investing in its operations to reduce the cost of manufacturing food, which will help offset the effect of pricier ingredients, said Nikki Catrakilis-Wagner, the head of investor relations. This year “will be tough,” she said by e-mail. RCL Foods didn’t respond to e-mailed questions.

Smaller food producers such as Rhodes Food Group Pty Ltd., which produces canned goods and supplies prepared meals to retailer Woolworths Holdings Ltd., may perform better than their peers because they’re not as dependent on drought-hit grains such as corn or wheat as their larger peers, Klipin said.

“You can’t put these price increases through, not relative to how exorbitant the increases have been,” Bechoo said. “Everybody will try and protect their margins but it is going to be difficult.”