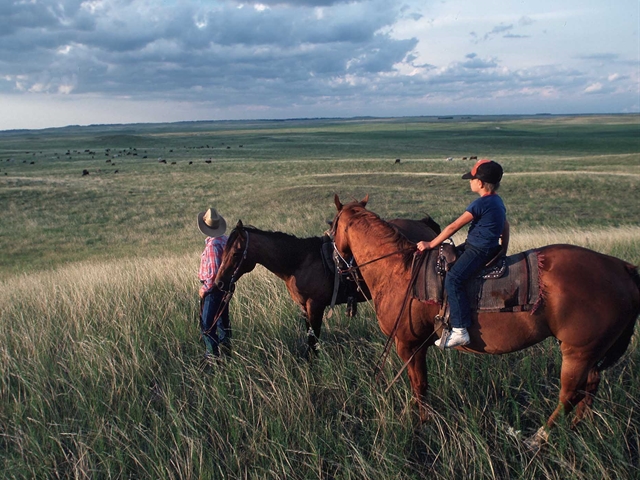 South Dakota farmers and ranchers are setting aside fewer acres under the federal Conservation Reserve Program.

The program, part of the farm bill since 1985, pays farmers and ranchers to keep land out of production as a way to promote wildlife habitat and water quality.

When the federal fiscal year ended at the beginning of October, 69,510 acres that had been under CRP contract in South Dakota left the program as contracts expired.

Owen Fagerhaug, South Dakota's conservation program manager for the federal Farm Service Agency, estimates that about 35,000 of those acres are coming back under CRP contract as producers re-enroll some acres and enroll other land that had not previously been in the CRP program.

"The national trend is we are not going to have as many acres under contract," Fagerhaug said. "Under the new farm bill, CRP acres are reduced from 32 million to 24 million by 2017. The focus will be more on these environmentally sensitive areas, targeted habitat and safe practices."

CRP payments -- based on soil type, location and other factors -- are comparable to cash rents paid in the local area, and sometimes can include bonus payments up to 20 percent for especially environmentally sensitive areas, Fagerhaug said.

The program has had to compete with surging crop prices in recent years. Corn topped $8 per bushel in 2012 before dropping to a five-year low of $3.20 per bushel on Sept. 30.

Fagerhaug said his agency still is evaluating exactly how the commodity prices and a more robust crop insurance program have affected decisions to put land into CRP or convert marginal lands to crop production.

"We realize we have seen a shift with commodity prices as high as they were. But it's too soon to really know," he said.

As corn prices have dropped, cattle prices have gone up — feeder cattle prices are up about 30 percent since May. Agriculture producers' interest in programs that promote grazing is up, too, wildlife managers say.

"Over the last year-and-a-half, as cattle prices have spiked, we are seeing a resurgence in landowners showing interest in converting expired CRP land to some sort of grazing land," said Kurt Forman, private lands coordinator for the U.S. Fish & Wildlife Service, based in Brookings.

"It's been an extremely wild ride, both on the commodity side and now on the cattle side these last three years. We are starting to see that trickle down to land-use decisions," Forman said. "Producers respond to market signals, and right now there's a market signal indicating profit margins in livestock production we haven't seen for quite a while."

Forman said his agency is happy to work with ag producers to help convert land to grazing, as that is better for ground-nesting birds, such as ducks, than most crops.

"We try to work with landowners to conserve and maintain grasslands, primarily for grazing. Many of our programs are tailored to work with ranchers to maintain or enhance grazing land for a variety of reasons, including upland bird production," Forman said.

"Grassland acres are important for duck production because the vast majority of ducks that nest in the Dakotas are upland nesting, anywhere from a few feet to a half-mile away from a wetland. So nesting cover is critically important to ducks," Forman said.

U.S. Fish and Wildlife Service offers an array of assistance and cost-share programs to help pay for fencing and piping water to grazing land, he said.

The new farm bill, passed by Congress early this year, includes other conservation programs that producers could be shifting too, meaning that perhaps not all the lost CRP acres are moving back to crop production or grazing, said others who track CRP and wildlife habitat.

Mark Norton, hunting access and farm bill coordinator for the South Dakota Game, Fish and Parks Department, said that land leaving CRP might very well be moving into another conservation program or be converted to the type of grazing programs promoted by wildlife managers.

"The new farm bill made a few things easier for people with land expiring in CRP to roll into different programs to get money for fence or water development, so they can convert it over to a working grassland operation," Norton said.

For the state's hunting industry, the GF&P is interested in keeping up habitat for pheasant nesting and brooding, and CRP is great for that, Norton said. In addition, he said, grassland songbirds need that habitat, and their numbers are down across the board.

His agency remains in a "wait-and-see" mode regarding how the downward trend in CRP acres might affect wildlife habitat overall. The area of the state where CRP acres come and go are a big factor, he said.

A map compiled by the FSA and GF&P shows CRP acres down across much of South Dakota between 2007 and 2013, while CRP acres are generally up in southeast South Dakota.

"Further east, where there are less types of grassland habitat, there are less areas for wildlife to make a home," he said. "The southeast part of the state, where there's more crop ground and less undisturbed habitat or grazing, CRP is a lot more important. It's expiration is felt a lot more by the wildlife and by sportsmen looking to hunt."--Denise Ross, The Daily Republic