South Dakota Gets $12 Million to Fix Rail For Grain Shipments 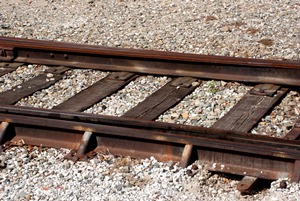 The state now has the final piece of funding needed to rehab a stretch of railway that will open up grain-shipping opportunities for farmers in south-central South Dakota, officials announced this week.

The South Dakota Department of Transportation said Tuesday it has received $12 million in federal funding, which completes the estimated $28 million budget for the project.

The department will restore about 42 miles of railroad from Chamberlain to Presho that hasn't been regularly used since the 1990s, according to Steve Halverson, a farmer and leader with Rails to the Future, the coalition of producers that has been orchestrating the project with the Department of Transportation.

The state will likely start the bidding process for the project near the end of the year and the renovation should be done in about two years, said Bruce Lindholm, project manager for the department's Office of Air, Rail and Transit.

The South Dakota Wheat Growers say they'll build a $40 million shuttle loader facility and agronomy center if the railroad is rehabilitated at least as far as Lyman, which is about halfway between Chamberlain and Presho. With the project being fully funded, Halverson said the state will repair the entire 41.6 stretch of rail, with the possibility that it could extend even further west, to Vivian.

For farmers in the region, Halverson said the news is huge, noting that without nearby rail service, farmers have to transport their grain to faraway railways using state highways, which is costly and destroys the roads the region.

"Farmers are tiring of wearing their trucks out running up and down the highway," he said.

Halverson also noted that farmers can get about 20 to 25 cents more per bushel once the rail is running again.

"Hauling freight by rail so much cheaper; it's so much more efficient," he said.

The push for a renovated railway in the region has been a long time coming. Halverson estimated the rail system in the region hasn't been effectively used since the 1970s. But Rails to the Future has gotten support at all local levels of government this year.

The Legislature pledged $7.2 million last session; the state Railroad Board committed an additional $7 million; and the group raised more than $1 million in local commitments from public and private donors. The federal funding is through a so-called TIGER grant, a program that dates to President Barack Obama's 2009 economic stimulus bill.

"The system worked," Halverson said. "Everything fell into place."

While the renovation and the grain elevators will take a few years to be up and running, Gov. Dennis Daugaard said in a statement it's necessary the project gets underway.

"Now more than ever, our state needs good rail infrastructure to move grain to out-of-state markets," he said.

Producers in the Dakotas and Minnesota have seen severe rail shipping delays this season, which has left grain piling up around the region. Farmers and some politicians say increased crude oil and freight shipments from the western North Dakota oil fields are causing the delays. Railroads have denied they favor one sector over another.