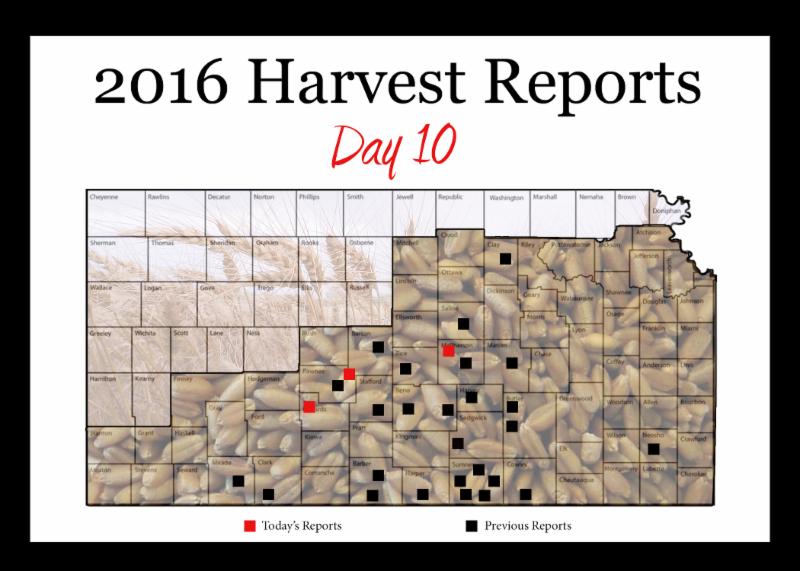 Combines have continued to roll across Kansas and the heat continues to rise. According to the 2016 Kansas Wheat Report, farmers are starting to wrap up in the southern parts of Kansas while harvest has yet to appear in the state's northern region.

The 2016 Kansas Wheat Harvest Reports are brought to you by the Kansas Wheat Commission, Kansas Association of Wheat Growers and the Kansas Grain and Feed Association.
Tags:
$100 Ideas
Strawberry Released on Market with Longer Shelf Life
Americans Drinking Less Wine
Snow in the South, Rain in the North?
Losing MFP May Hurt Farm Income in 2020
High Power Pork Converts to New Feeding System