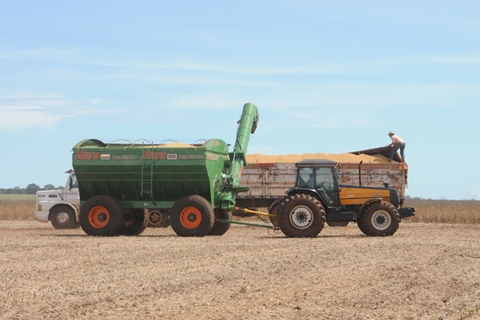 Soybeans climbed to head for the longest run of weekly gains since last year and the biggest monthly advance since 2012 on concern dry weather will hamper planting in Brazil, the world’s top exporter.

Corn for delivery in December lost 0.1 percent to $3.7375 a bushel. Prices reached $3.81 yesterday, the highest since Aug. 18, and are up 17 percent in October for the first monthly gain since April and the biggest rise since July 2012.

Wheat for December delivery increased 0.2 percent to $5.3725 a bushel. Prices reached $5.455 yesterday, the highest since Sept. 3, and are set to gain 12 percent this month for the largest advance since March.