Sterile Corn Earworms Could Be Key to Beating Bt Resistance 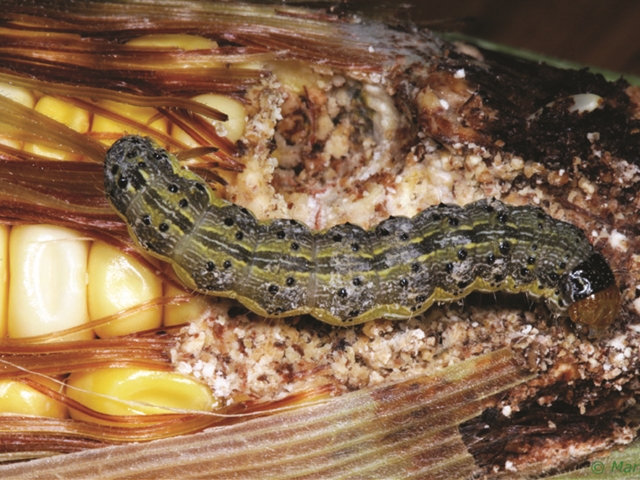 Think corn earworms are a pest of the past? Think again.

Corn earworm (CEW) causes approximately $2 billion of damage each year in the U.S. alone, can live on 123 different plants and is showing resistance to Bt traits. But Kentucky researchers have discovered a way to make corn earworm sterile, which could lead to less damage in your fields.

University of Kentucky undergraduate student Alonna Wright focused her research on sterility-inducing nudivirus, which she hopes can bring relief to farmers suffering from corn earworm damage. The research earned her the North American Regional title in the Alltech Young Scientist Competition, and she will continue to compete in the global competition. Her research was performed at ParaTechs Corp., along with mentor Kendra Steele and  ParaTech founder Bruce Webb, who developed the concept.

Nudivirus is a naturally occurring, sexually transmitted virus that causes reproductive systems in both male and female moths to become deformed and therefore sterile. If a female is not infected, but mates with an infected male, the virus will be passed to the offspring and make them sterile. In nature, nudivirus effectively makes moths sterile one-third of the time. But researchers hope to use the virus to make the months sterile 100% of the time. 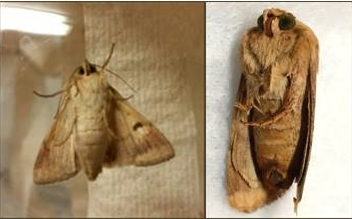 The moth on the left is uninfected. On the right you can visibly see damage to the lower abdomen where the nudivirus forms a "plug." Photo courtesy of Alonna Wright.

“The virus has a switch-on or off,” says Bruce Webb, professor at the University of Kentucky and co-founder of ParaTech. “'On' is when it kills reproductive tissue, and 'off' lets moths live. We mutated this virus to the 'on' position without genetic engineering.”

The group used chemical mutation and selected for phenotypes that expressed 100% sterility. Webb explained they are building on years of research performed by other scientists on the virus, but they’re the first to find the 100% effective phenotype.

“Our first target is insects developing Bt resistance,” Webb says. “We think this can be used in organic too.”

This approach would be considered a reduced-risk pesticide since it can be found naturally. That means it could take just three to five years before this natural pesticide could be commercialized.

If approved, deploying this natural pesticide will be unlike any insecticide farmers have used. “The plan is to release infected females who can’t lay eggs, but can pass the virus onto the males,” says Kendra Steele, senior research scientist at ParaTech. “Through reproduction, males will pass it to native females.”

Steele says farmers shouldn’t be too concerned about releasing the moths into their fields since the caterpillars are what cause damage.

Research might show more opportunity in different pests with nudivirus. “I want to broaden the lens,” Webb says. “This could have potential impact for invasive species.”

He hopes to find a way to use this virus, or its equivalent to eradicate invasive species that might not have any natural enemies.

For those who worry about the effect on humans and pollinators, Steele says consumers, butterflies and bees are still safe. “It doesn’t affect humans since it’s sexually transmitted moth-to-moth,” she explains. The same goes for butterflies and bees, which also do not mate with corn earworm months.

What do you think of this potential new pesticide option? Would you be comfortable releasing moths onto your fields?