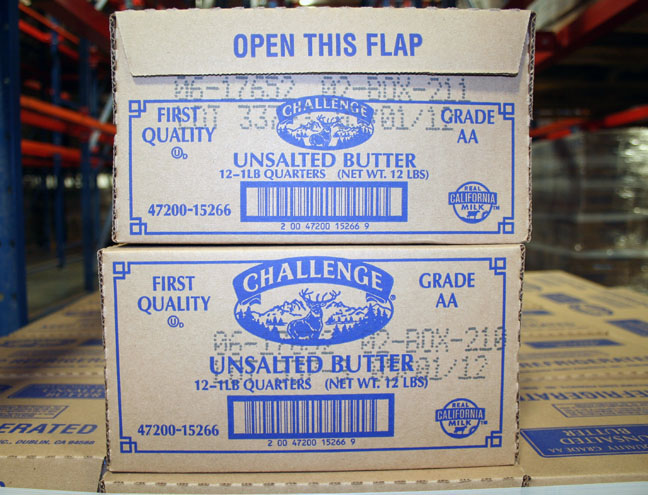 But dairy prices remain stronger than anticipated, with the potential to return to $17 this fall, says dairy economist Bob Cropp.

The upsurge in milk production across the Upper Midwest and Northeast has put pressure on plant processing capacity in those areas, says dairy market economist Bob Cropp.

Speaking with fellow dairy expert Mark Stephenson in their “May 2015 Dairy Situation and Outlook” podcast, Cropp says a strong spring flush is tightening the ability of processors to take in more milk.

“Some loads are going for $3 to $5 under market . . . to get somebody to take it,” says Cropp, professor emeritus with the University of Wisconsin-Madison.

Michigan has seen a month-over-month increase in milk production for the last year and a half, Stephenson points out. In April, Michigan’s milk output jumped 6.5% with the state's dairies adding 20,000 more cows over year-earlier levels.

“That milk production has been having a harder time finding a home,” says Stephenson, director of Dairy Policy Analysis at the University of Wisconsin-Madison.  “We’ve had loads of milk coming into [Wisconsin] from Michigan because they haven’t got plant capacity to handle it.”

More cheese has been one result of the increased milk output. Restaurant, fast food and retail demand for cheese has been strong. Cheese prices have reached a respectable $1.62-$1.63 per lb.

Butter supplies remain tight, with prices climbing to $2.06 per lb. last week before slipping to $1.90 this week. Butter production and storage has been below  average, which has helped buoy prices. That’s created a disparity of about $1 between the butter and the nonfat price, Stephenson says.

“American consumers must have fallen back in love with butterfat because butter and cream sales have been strong,” he notes. “We’ve got plenty of nonfat powder being produced but not plenty of butter."

Overall, dairy prices “are higher than anyone anticipated earlier in the year,” Cropp says. “That’s due to milk production growing less than we thought.”

Also contributing to the price strength have been good domestic sales and recovering exports. The total volume of exports in March was the highest in nine months. “That’s still below a year ago, but quite an improvement,” Cropp says.

Asked for his dairy price outlook, Cropp points to the “optimistic” futures market. “Futures show a continued increase in the Class III price, hitting the $17s by September,” he says. “Even Class IV is getting up to the $16s in the fall.”

Uncertainty over whether cheese buyers have been building stocks, which could temper purchasing and price aggressiveness, could lead to some weakness in milk prices in June or July, Cropp says. But he foresees a recovery in the cheese market this summer, as hot weather slows milk production and tightens supply. Along with autumn’s normal strong sales period, Class III prices could return to the low $17 level by October. 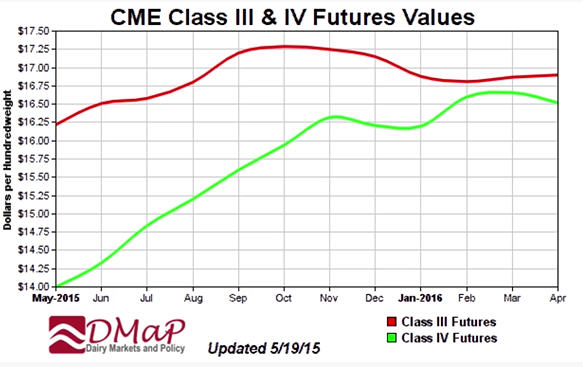