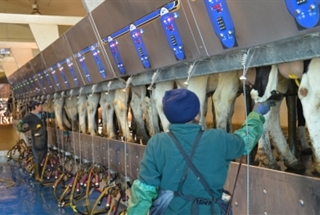 The Dakotas get more of their gross state products from agriculture production and food manufacturing than any other states, a new study shows.

Rounding out the top five in the study were Iowa with 11.4 percent, Nebraska with 11.3 percent and Idaho with 9 percent, the Capital Journal reported.

North Dakota and South Dakota were the only states in 2012 that had more than 10 percent of their gross state product coming from agriculture production. For South Dakota, it was 10.5 percent and for North Dakota it was 10.6 percent.

Food production was less important to the two states, with North Dakota ranking 19th in the nation and South Dakota 22nd, according to the study.

The study was prepared by Decision Innovation Solutions with help from South Dakota State University and the U.S. Department of Agriculture's National Agricultural Statistics Service. South Dakota's Agriculture Department paid about $53,000 for the study and released it last week.