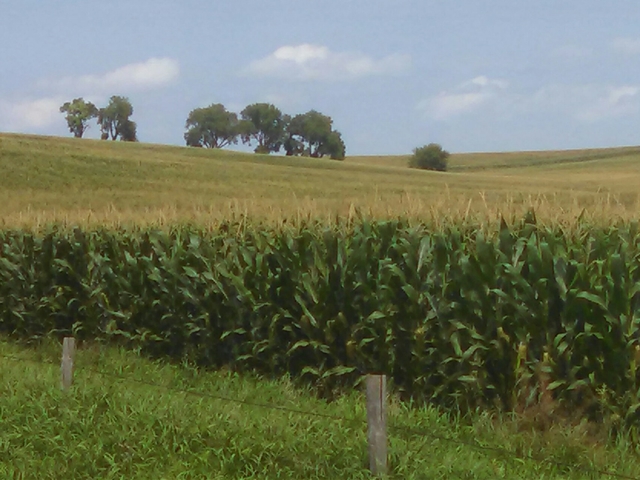 The average value of Nebraska's agricultural land dropped 3 percent in the past year, a decline fed largely by continued pessimism over grain prices, according to a preliminary survey report released Wednesday.

The University of Nebraska-Lincoln report said that as of Feb. 1, the statewide land value was $3,210 an acre on average, compared with $3,416 a year earlier. It was the first statewide drop in six years, survey organizers said.

Last month, the U.S. Agriculture Department said crop receipts were expected to fall nearly 8 percent this year, driven by lower grain prices. Corn, for example, was at a record high, exceeding $8 a bushel in summer 2012, but corn has been trading around $4 or under recently. Soybean prices have undergone similar declines.

"We're seeing probably actually a 10 percent drop where you don't have strong landowners" as neighbors, Poppe said. Buyers like to locate next to well-tended properties, he said.

Nebraska land used for the cow-calf industry rose in value or held steady, the university report said, "due to a strong return in that market over the last one to two years." For example, in north-central Nebraska, where ranches dominate much of its Sandhills area, land values rose 7 percent, to $1,300 acre.

Cash rental rates for pasture in all regions rose, the university report said, ranging from 4 percent in the north to 34 percent in the central and southwest parts of the state.