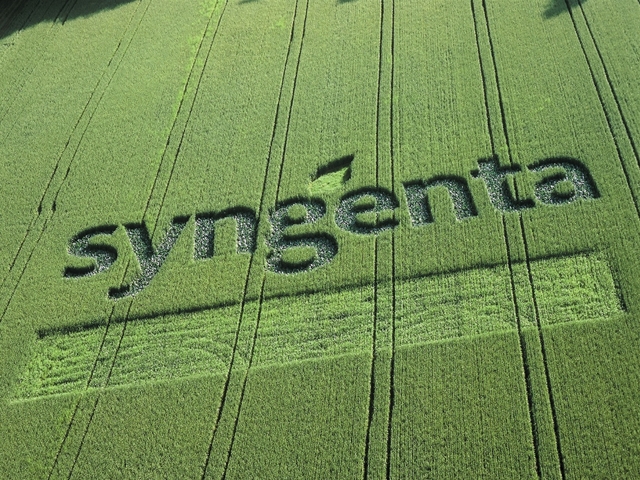 Syngenta AG said the U.S. has asked for more time to review its $43 billion takeover by China National Chemical Corp., adding that it doesn’t expect the protracted scrutiny to delay the companies’ goal to close the deal in the first half.

The Federal Trade Commission is seeking more information from the chemical makers in order to complete its review, Syngenta spokesman Paul Minehart said Monday. “Things are going very well and we don’t expect the extension to cause a delay,” Minehart said.

Minehart said the deal could still win U.S. approval before the April 12 deadline for a decision by the European Commission.  The companies have proposed remedies designed to satisfy any concerns the merger could harm competition, Minehart said, without offering details.

The takeover, announced a year ago, is one of a trio of mega-deals that would reshape the global agrochemicals industry. The others are Dow Chemical Co.’s bid to merge with DuPont Co. and Bayer AG’s agreement to buy Monsanto Co. The combined transactions would whittle down six industry players to three behemoths: one American, one German and one Chinese.

Receiving a so-called second request on a merger review indicates antitrust officials want to scrutinize more deeply whether the proposed tie-up could harm competition, but it doesn’t always mean they intend to block the transaction. The FTC also vets remedies proposed by the companies to make sure any divestitures will replace competition lost as a result of the combination.

ChemChina filed for U.S. approval in January, when it said it expected the U.S. antitrust process to be “on track.” The FTC had an initial 15 days to decide whether to approve the deal under merger guidelines. The agency’s demand extends the review until the companies fulfill the FTC’s request, a process that typically takes months. Once they certify they’ve provided all the information, the FTC has 30 days to make its decision.

Syngenta Chairman Michel Demare said in January he expected only a “few” concessions would be needed to get regulatory approval for ChemChina’s acquisition.

Repeated delays in the approval process, which has involved authorities on four continents, have pushed back the expected closing date for the deal, keeping investors on tenterhooks.

EU regulators in January requested more information from the companies over concerns ChemChina’s acquisition of Syngenta, based in Basel, Switzerland, might raise prices or reduce choice for crop protection products sold to farmers. The EU review was extended until April 12 to allow time to discuss remedy proposals submitted by the companies. The deal also still needs approval from the U.S and Chinese antitrust authorities.

The FTC has jurisdiction over the takeover because Syngenta sells its products in the U.S. It got more than a quarter of its revenue in 2015 from seeds and crop protection in North America. The company also has several research and production facilities in the U.S.

The proposed transaction was cleared by a U.S. national security panel in August, removing what had been seen as the biggest hurdle to the deal. One potential concern was that a Chinese state-owned firm would acquire a Syngenta property in the U.S. that was within close proximity to military facilities, a scenario that torpedoed previous deals.

The tie-up also won antitrust approval in Australia, where there are overlapping products between Syngenta and ChemChina’s Israeli-based generic agrochemical maker Adama. Other suppliers entering the market would provide enough competition, the Australian regulator said in December.

For ChemChina Chairman Ren Jianxin, completing the purchase of Syngenta would make him head of a chemicals giant that makes everything from rubber tires to pesticides and genetically modified crops.

Behind state-owned ChemChina’s pursuit of Syngenta are China’s ambitions for food security as a growing middle class consumes more grain-intensive meat and farmland is converted to housing and golf courses. Syngenta would provide China with global access to farmers from Brazil to the U.K.

The deal comes amid a wave of Chinese investment overseas that has sparked concerns in the U.S. Chinese foreign direct investment in America reached a record $45.6 billion in 2016, according to data provided by research firm Rhodium Group. In December, then-President Barack Obama blocked a Chinese company from buying Germany’s Aixtron SE over national security concerns. President Donald Trump has accused China of carrying out unfair trade practices that hurt U.S. workers and has called for tariffs on Chinese goods.