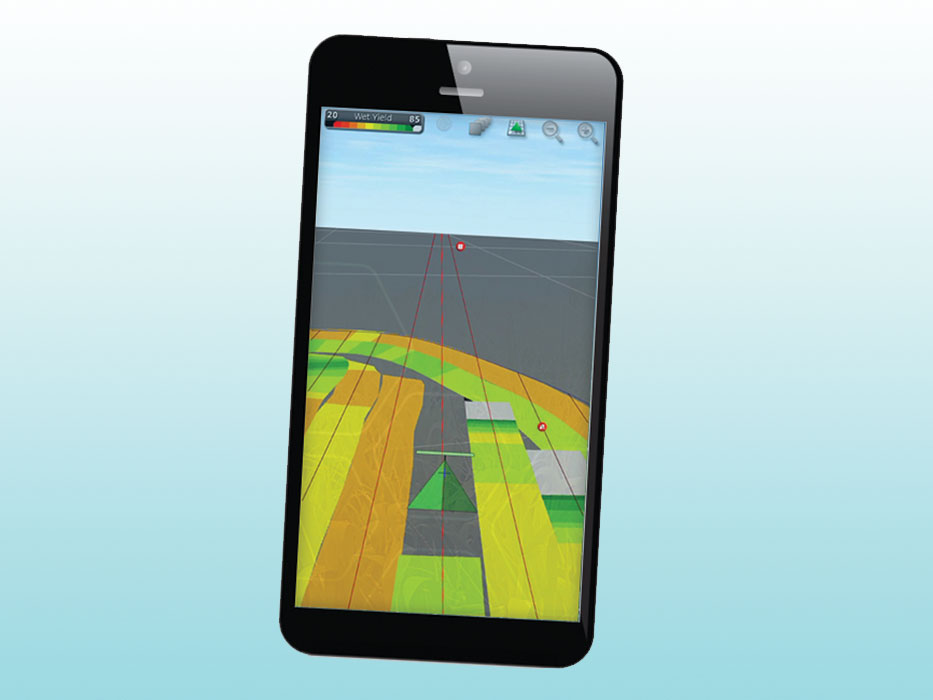 Topcon Agriculture introduces a host of new products and capabilities centered around TAP, the Topcon Agriculture Platform. The IoT platform is a cloud-based ecosystem that provides real-time monitoring and data analysis through hardware and software.

The new one-piece Topcon telematics hardware, Cloudlynk-10, offers bi-directional data exchange and console-to-console communication via cellular and WiFi capability to the X-Family consoles. The data-sharing app transfers as-applied data from the X-Family console into TAP with the touch of a button. It also allows prescription maps created in the TAP FMIS app and via third parties to be accessible to the console.

To enhance guidance products and integrate into TAP, the Horizon 4.02 system will include new functions such as Auto Turn and Steer to Boundary.
For more information on the TAP ecosystem and supporting technologies, which will be available in April 2018, visit www.topcon.com.

The Potential of Artificial Intelligence Improves

Sci-fi stories portray computers taking over the world and robots turning against their creators. These depictions of artificial intelligence (AI) mask the astounding ways AI is advancing agricultural production.

The notion machines will replace humans is flat-out wrong, experts say. In fact, machine insights for the agriculture industry are only valuable because technology companies are pairing them with the expertise of agricultural professionals.

“Showing a farmer a satellite image with a map of where their crops are not doing well is not very useful to them because they know that when they go out and survey their fields,” says Mike Warren, co-founder and CTO at Descartes Labs, a startup that synthesizes satellite and weather data to provide weekly U.S. corn and soybean forecasts. Instead, the value lies in finding ways to provide details that might not be visible, such as where the right application of a chemical can really improve yields.

The primary purpose of AI is to provide decision support and management recommendations based on field-level data.

Computers add a layer of infrastructure that people don’t possess: algorithms that can analyze, and find patterns inside of, massive data sets.

While fears of a robot uprising are far-fetched, technology providers should develop user- or business-defined guidelines for using AI, says Robbie Berglund, agriculture and energy sales manager for The Weather Company, a division of IBM.

Team members at IBM refer to AI as “augmented intelligence” because human expertise should inform the final decision.

“An artificial intelligence system is simply offering ideas, ranges of options that could be considered, based on the ability to quickly do millions of bytes of research against sources of data that could never be instantaneously researched in the past,” Berglund explains.

A farmer will someday be able to take a picture of a diseased plant and upload it to Watson, IBM’s AI platform. Watson’s algorithm could create a diagnosis, factoring in the plant variety, time of year, weather conditions and which pesticides or fertilizers have been applied. With that type of structured guidance, an agronomist or grower can make the final decision.

In the future, researchers say AI will be a powerful enabler to help improve yields and global food sustainability.

Produced by Smart Ag, the designers of AutoCart say existing farm equipment can be adapted to robot technology. Used in tandem with SmartHP hardware, AutoCart is a software system that allows agricultural equipment to operate autonomously. Producer Kyle Mehmen of MBS Family Farms in Plainfield, Iowa, has successfully used AutoCart during the 2017 harvest to unload grain with a driverless tractor and cart.

AutoCart is in the pilot stage, and MBS Family Farms is working alongside Smart Ag to trial the technology in a real-world environment under harvest conditions. Smart Ag is expected to announce availability dates, preorder details and pricing structure in December.