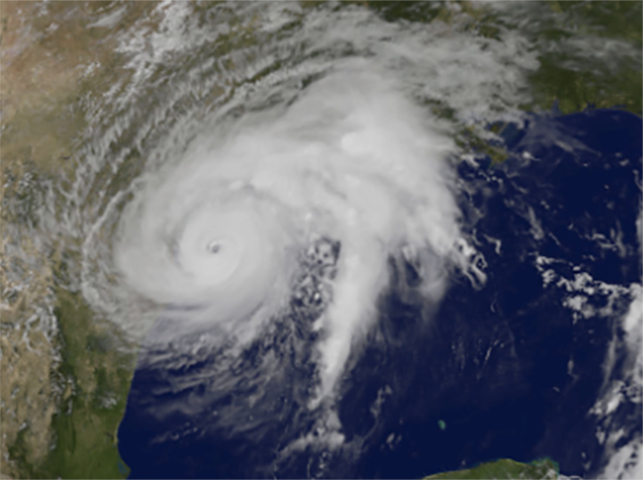 Harvey is expected to bring extreme flooding and damage when it makes landfall.
( NASA )

(Bloomberg) -- Texas farmers are assessing damage caused by Hurricane Harvey after it slammed into the coast, knocking over grain storage tanks and damaging cotton crops.

At least 100 cotton storage modules -- capable of holding 13 to 15 bales -- blew away in the Gregory area, said farmer Jeff McKamey, who owns a cotton gin that suffered minor damage when part of the piping and roof blew away. The storm hit at a time when many producers are storing excess supplies on fields following a bumper harvest. The cotton that was not swept away by the storm may have suffered damage or be too wet to gin, he said.

“We’ve had the most cotton ever in storage in the history of San Patricio County when the hurricane hit,” McKamey said by phone. “It’s just the worst possible time.”

Harvey slammed ashore as a Category 4 hurricane near Rockport, Texas on Friday night. The strongest storm to hit the U.S. since 2004 has since been downgraded to a tropical storm and is threatening to drop several feet of rain. Grain elevators suspended shipments earlier this week as port facilities braced for flooding, storm surges and possible power outages. Cotton and soybean futures climbed on Thursday amid the outlook for heavy rains, which could damage crops from Texas to Mississippi.

The storm is also striking an area home to thousands of head of cattle. Texas A&M University’s AgriLife Extension Service is helping to set up animal sheltering sites around the state in case ranchers need to relocate cattle or other animals, said Andy Vestal, a professor and extension specialist. Some livestock owners closest to the coast have already been working to move animals to higher ground via trailers, away from low-lying areas and tributaries, he said.

Damage assessment will start as early as Sunday and teams will be available to deploy to distribute feed and portable water troughs, if necessary, Vestal said.

“We’ve never experienced 20 to 30 inches of rainfall in a 48-hour period,” Vestal said by phone from College Station, Texas.

Elsewhere in the state, agricultural producers unscathed by the worst of the storm are hoping to resume operations. Gulf Coast Cooperative, which has a grain elevator about 20 miles (32 kilometers) outside Corpus Christi, hopes to restart cotton ginning operations as early as Sunday, said general manager Chris Yaklin.