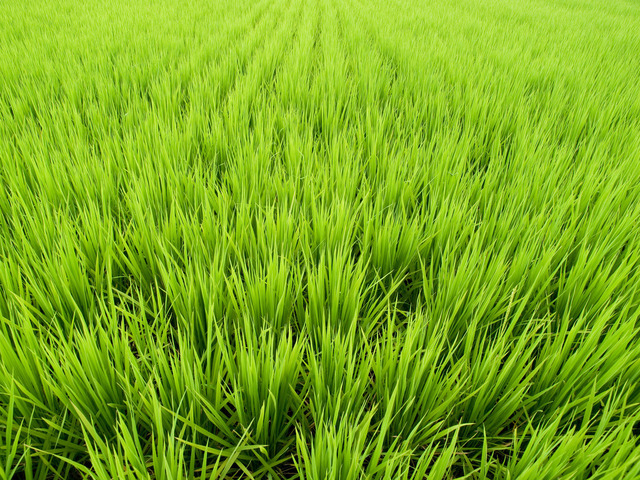 A private university in Thailand has begun accepting rice in payment for tuition fees as the nation struggles under a grain glut that’s hurting farm incomes.

Students enrolled at Rangsit University in Bangkok’s northern suburbs can pay all or part of next semester’s costs with rice, said Worachat Churdchomjan, a dean who helped set up the program. The goal is to help farming families, and the university will put a higher-than-market value on the grain since prices for some strains are near a decade low, according to Worachat.

The university’s step is part of wider efforts to help the 16 million Thais who depend on rice farming but are struggling to cover costs because of oversupply at home and in export markets. While Thailand’s military rulers have unveiled more than $2 billion of support to ease agrarian hardship, farmers are also resorting to everything from sales via Facebook to using stalls at gas stations.

The state’s current rice stockpiles in Thailand are about 8 million metric tons -- equivalent to roughly 20 percent of projected global trade of 40.6 million tons, based on Thai government and U.S. Department of Agriculture data.

Southeast Asia’s second-largest economy exports about half its annual output. Production is poised to climb in the current season through September 2017 for the first time in five years, adding to a global glut.

Witsanu Sukmoonsiri, a 22-year-old studying at the university’s social innovation school, is one of 19 students using the rice-for-fees program.

"My parents might have had to go to a loan shark otherwise," said Witsanu, who plans to pay the 20,620 baht ($574) fee for the January-April semester with rice from his family’s farm.

Thai jasmine rice averaged 8,294 baht per ton in November, the lowest since February 2007, government data show. Another type, unmilled white rice, was at the weakest level since May 2014.

Suphatson said she can earn more by milling rice herself to sell at the gas station kiosk.

“At current prices, if we sell to rice mills, we wouldn’t get money to cover production costs,” said Suphatson. “But selling directly to buyers, we could have small profits. For sure, we won’t be losing money.”

Rice remains a sensitive issue in Thailand as the junta weighs a return to democracy next year. Over the past decade, northern farming heartlands voted for political leaders the generals ended up ousting.

The junta is encouraging farmers to switch to other crops, as well as to delay sales to bolster prices. None of that is of much help presently for Witsanu, the university student.

"I have to cook and sell food to earn extra money," he said. "Rice prices are so low."