The 8 Companies That Cause More Pollution than the Entire U.S. 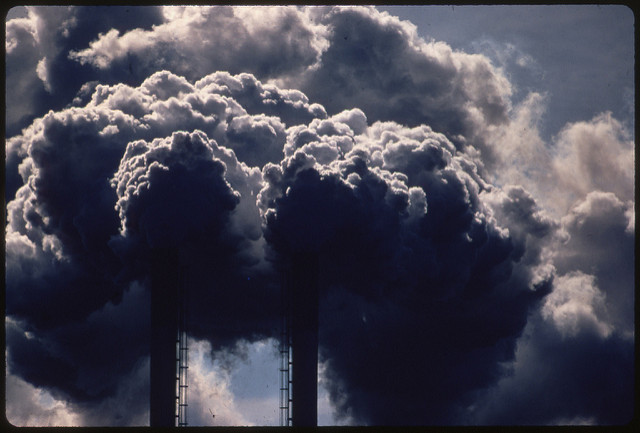 Eight of the world’s largest oil companies are responsible for as much of the climate-damaging pollution spewed into the atmosphere as the entire U.S., according to a study by a London-based researcher.

Saudi Aramco, Exxon Mobil Corp., OAO Gazprom, the National Iranian Oil Co., BP Plc and Royal Dutch Shell Plc were among the eight companies whose fuel was responsible for a third of emissions from oil and gas, according to the non-profit group CDP. The companies released a fifth of all greenhouse gases outside of farming and forestry since 1988, the year most governments acknowledged man-made climate change as a risk.

The findings suggest policymakers may be better off focusing on the practices of companies instead of national environmental policies. The study’s release coincides with preparations by U.S. President Donald Trump to slash environmental regulations and possibly withdraw from the landmark Paris Agreement, which promises to limit global warming to below 2 degrees Celsius (3.6 degrees Fahrenheit) compared to pre-industrial levels.

“One way to really drive forward climate action is to look at the key producers of fossil fuels who are causing the globe to warm, this is what the new CDP data brings to life,” said Paul Simpson, chief executive officer of CDP, which surveys companies and collects data on sustainability issues.

CDP analyzed 50 oil and gas companies, gauging their direct emissions and pollution from the use of their products dating back to 1854. The whole oil and gas industry combined produced about 40 percent of the world’s 832 gigatonnes of carbon dioxide equivalent released in the past three decades, according to CDP.

China National Petroleum Corp and Petroleos Mexicanos complete the list of the eight companies that in 2015 emitted 6.59 gigatons of CO2 equivalent. That’s almost the same amount as the U.S. emitted that year.

Several calls to CNPC and China Petrochemical Corp. weren’t answered. An email to CNPC and a fax to Sinopec seeking comment didn’t get a reply. Officials at Aramco didn’t have an immediate comment.

“BP is playing its part by calling for a price on carbon, providing lower-carbon products including natural gas and renewables, pursuing energy efficiency and supporting research,” a spokesman for the company said. Gazprom’s press service declined to comment.

While countries have spent decades making painstakingly slow progress toward action on climate change, the report from CDP says that a small group of commercial decision makers have been responsible for the majority of emissions from their industry. Companies in the industry note that they’re producing a product that consumers need and that’s both legal and encouraged by governments seeking to power their economies.

“All of us share the same aspiration, to live in a world that is clean and safe and prosperous,” Woods said in a speech at the CERAWeek by IHS Markit conference on Tuesday in Houston. “Affordable energy plays an important role in achieving this.”

“The facts are the facts,” said Michael Tadeo, spokesman for American Petroleum Institute, in an email. “The United States is leading the world in the production and refining of oil and natural gas and in the reduction of carbon emissions which are at their lowest levels in more than 20 years.”