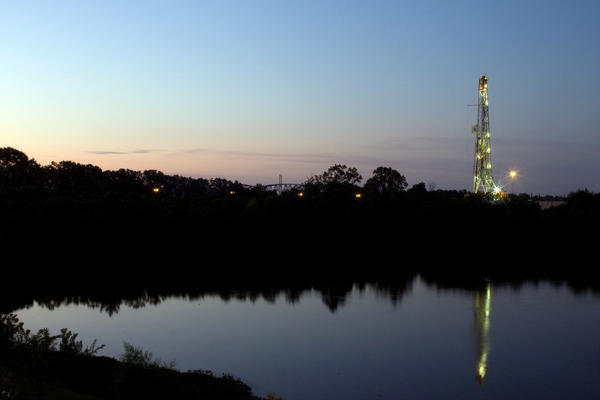 In the midst of the doom and gloom in agriculture, there are reasons to be optimistic. Exports are above the previous five-year levels. Ethanol production has topped previous years, too, and ethanol stocks are at a three-year low. While grain prices have dropped, cattle, hog and dairy producers are delighted the table has turned in their favor.

As I’ve said before, cycles are a given. Managing through them is a challenge, but opportunities abound.

There are four major drivers of change: resources, technology, demographics and public policy.

When it comes to resources, natural gas is changing our world, primarily due to horizontal drilling and fracking. Natural gas reserves are found throughout the country in Pennsylvania, West Virginia, Louisiana, Arkansas, Texas, Oklahoma, New Mexico, Colorado, Utah, Wyoming and North Dakota. In total, the U.S. has enough natural gas to last hundreds of years.

A study conducted by a Pennsylvania trucking firm found it cost $184 to fuel an 18-wheeler powered by diesel. That same load and journey cost only $37 using liquefied natural gas (LNG).

Exports of refined petroleum products, such as ethanol, gasoline, jet fuel, diesel fuel and LNG, have increased 800% in eight years. That trend is not expected to slow down either.

The U.S. will become the world’s largest producer of oil by 2017. We might still be importing some crude oil, but we could be exporting far more refined products. Ed Seifried, professor emeritus from West Lafayette College in Easton, Penn., estimates importing oil hinders GDP growth by 2.5% per year. Eliminating that drag could double GDP growth to 5%. That would be good for agriculture.

In addition, it could mean cheaper anhydrous. Currently, there are more than 40 anhydrous plant expansions or additions planned in the U.S. In the previous five decades, there have been  hardly any plants come on line.

Lastly, as professor emeritus David Kohl has said, nearly 70% of all farm costs are connected to the price of oil. Gasoline, diesel fuel, lubricants, fertilizer and chemicals top the list.

The bottom line is we have a bright future in farming.