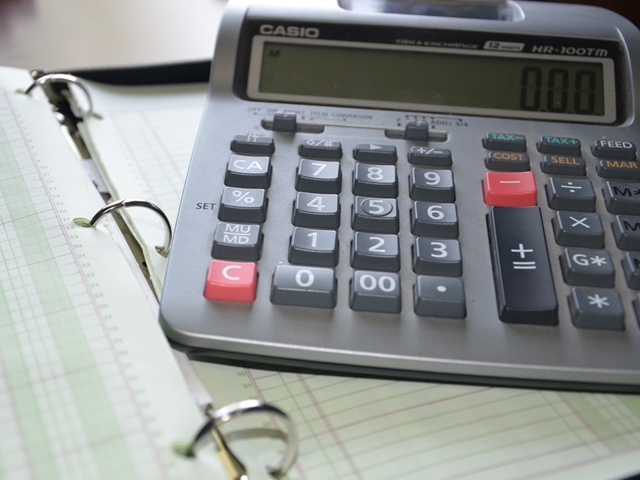 President Donald Trump offered corporate America a sweeping tax vision whose ultimate promise of lower rates and more global competitiveness depends on one thing: longevity. Given the plan’s uncertain costs, longevity may be one thing the proposal can’t deliver.

The tax plan released Wednesday by top economic adviser Gary Cohn and Treasury Secretary Steven Mnuchin provided much for multinational corporations to rejoice over -- it calls for slashing the corporate income tax rate to 15 percent from 35 percent and applying a one-time, low rate to an estimated $2.6 trillion in offshore profits that have so far avoided U.S. taxes.

The plan also calls for shifting to a territorial system for corporate taxes in which, going forward, most foreign profits would be exempt from U.S. levies. Currently, the U.S. taxes corporate income no matter where it’s earned.

But it’s unclear whether or how the corporate-tax proposals would be paid for; Mnuchin has said economic growth resulting from tax cuts would cover much of the cost, but economists question that assertion. The issue is more than just academic: In order to clear the Senate without any Democratic votes, any tax plan can’t add to the deficit outside a 10-year budget window. So if the legislation isn’t revenue neutral in the long run, its tax cuts would have to be temporary -- set to expire at least within a decade, and perhaps sooner.

“For business rate cuts and territoriality to have their full positive effect on growth, businesses will eventually need more certainty that they will remain in place,” said Michael Mundaca, co-leader of the Ernst & Young Americas Tax Center and a former top Treasury tax official. If the measures were only temporary, U.S. corporations might eventually have incentives to return to the current practice of hoarding untaxed profits overseas, he said.

Economist Kyle Pomerleau of the conservative Tax Foundation said in a Twitter message Wednesday that there wasn’t enough detail to provide a cost estimate for Trump’s tax plan, while the nonpartisan Committee for a Responsible Federal Budget released a rough estimate that it could cost $3 trillion to $7 trillion over the next decade -- potentially “harming economic growth instead of boosting it.”

Moving to a territorial system would put the U.S. on even footing with other developed nations, which don’t tax corporate income offshore. It would also end the so-called “lockout” effect, under which companies hold billions of dollars in earnings abroad to avoid U.S. taxes. Currently, companies can defer taxes on their offshore earnings until they bring them to the U.S. And when they do “repatriate” their foreign income, they can claim credits against their U.S. tax bills for any foreign taxes they’ve already paid.

Under the deferral system, U.S. companies have stockpiled an estimated $2.6 trillion offshore to avoid paying U.S. taxes on it -- though Trump has said repeatedly that he thinks the amount is higher. The outline that the administration released Wednesday didn’t specify a tax rate that would be applied to those offshore earnings, but called it a one-time rate that Mnuchin said would be “very competitive.”

During the campaign, Trump had proposed a 10 percent tax. At that rate, a repatriation tax would raise about $147.8 billion over a decade -- assuming that companies were allowed to pay over time -- according to an estimate made by the Urban-Brookings Tax Policy Center, a Washington policy group.

Under a voluntary repatriation in 2004, 843 companies chose to bring back $312 billion, which they spent mostly on dividends and share buybacks, not on new investments or hiring, as Trump has said he wants to promote.

“If this is only a temporary cut and we’re going to revert back to the old system in 10 years, do you as a company really want to invest in the U.S.?” asked David Sites, an international tax services partner at accounting firm Grant Thornton LLP. Longer term, Sites said, for companies to make the “structural shifts” that Trump calls for, “they have to know that 10 years from now, we’re not going to be back in the same situation.”

Likewise, Trump’s call for a 15 percent tax rate and the territorial approach may help deter U.S. companies from shifting their profit overseas -- and from moving their tax addresses to low-tax countries like Ireland -- but only if the rate lasts more than a decade, Mundaca said.

Republican congressional leaders greeted the White House tax announcement coolly, with an emailed statement that said the bullet-points would serve as “critical guideposts” in what’s expected to be a months-long effort to overhaul the U.S. tax code.

Henrietta Treyz, a managing partner and director of economic policy at Veda Partners, called Trump’s corporate tax plan “a shot for the moon” that would face fierce opposition.

In the near-term, repatriation would likely spark a fresh wave of mergers and acquisitions, according to Rose Williams, a principal at Ernst & Young focused on the tax implications of deal-making. “There will be more cash on hand for transactions -- you’ll see an uptick in M&A,” she said.

To contact the reporter on this story: Lynnley Browning in New York at [email protected]berg.net.

To contact the editors responsible for this story: Alexis Leondis at [email protected], John Voskuhl