The Global Span: Identity is the Root of Civility

Without civil stability, economic progress is impossible. This week we introduce Morocco as part of our Global Span which is positioned in a North Africa teetering between chaos and export revenues. As Morocco's King installs religious leaders to sow seeds of peace, the people of Ukraine find themselves at the bargaining table, however Moscow notably refuses to sign a truce.

Meanwhile, Moscow strengthens its ties with the interim leader of Egypt, whom many believe will soon be president of Egypt. Those talks have included rumors of military hardware and economic support. This comes as journalists are on trial, and free speech in Egypt is said to be under attack.

Libya is no more stable than in previous reports and the people there, who have long sought a national identity, are leaning farther away from centralized government and closer to ancestral and tribal ties, fragmenting the national outlook. 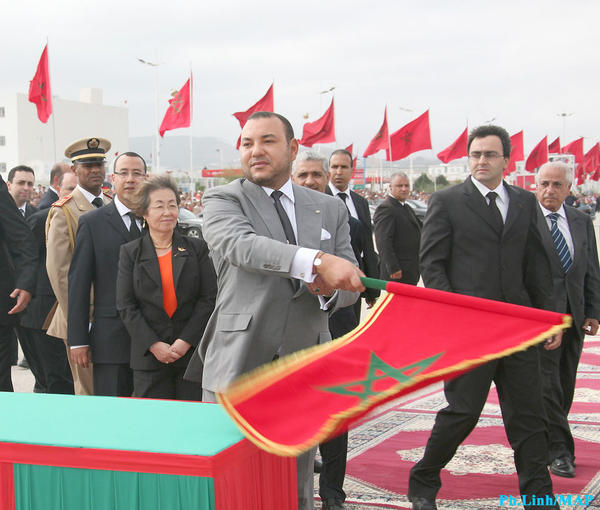 Morocco -- A newcomer to our Global Span, Morocco is currently the world's largest exporter of phosphate rock. But Morocco's King Mohammed VI (pictured at his inauguration at right) bears the title of Amir al-Mu'mineen marking him as the overseer of Islamic culture and the ranking national religious authority. From his post, King Mohammed VI has made efforts to thwart Islamic extremism by training 500 religious leaders and posting them -- and their message of peace -- throughout Morocco.

Currently, a shift is underway in the Moroccan phosphate segment to include more finished products including DAP and MAP. That will curtail exports of raw phosphate rock and phosphoric acid to other P refining nations and help Mohammed VI increase market share for finished phosphate products.

State-owned phosphate outfit OCP is part of an effort to encourage balanced soil nutrition in Africa and is dedicating phosphate production at one plant strictly for use in Africa. Morocco today is a force for peace and economic progress in a North Africa riddled with Islamic extremism and a high potential for violence. King Mohammed VI enjoys the favor and goodwill of religious leaders in the region, and his administration is geared toward nonviolence, profitable commerce and the peaceful practice of Islam.

Ukraine -- The death toll has swelled in the last week and the Yanukovych administration continues to struggle with a resolution. This morning, reports are that a truce has been signed between the demonstrators and Yanukovych. These truces have been fragile at best in the past.

At the table this time were E.U. representatives along with Yanukovych administration officials and a delegation from the opposition. A Russian delegation was also present but conspicuously opted not to sign the accord. The truce included fresh elections in Ukraine which were scheduled for December, but the opposition is dissatisfied with having to wait out the rest of the year before voting.

The New York Times quotes a lawyer and former judge aligned with the opposition as saying President Yanukovych must leave office immediately "or he will end up like Ceacucescu and Qaddafi. If Yanukovych were a man of honor he would have already shot himself."

Meanwhile, opposition leaders met with Ukraine's Parliament on Thursday which passed a resolution sending Ukraine troops standing-by back to the barracks, and police back to their stations. The majority of Parliament also agreed that President Yanukovych could no longer declare a state of emergency -- which would open the door for military involvement. Instead, a state of emergency declaration will be up to lawmakers, rather than the President. This is the most significant development of all as it shows the majority of Parliament has left Yanukovych's ideological corner.

Also key is the fact that the Russian delegation did not sing the truce, leaving the door open for Moscow to act at it's own discretion. 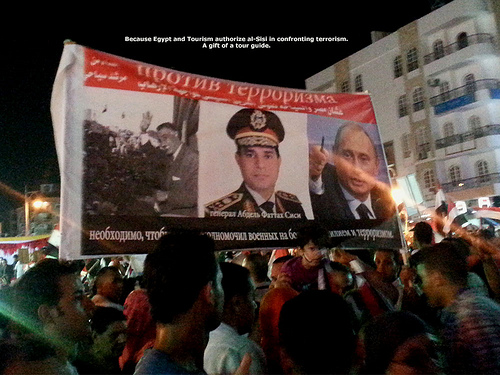 Egypt -- The head of Russia's air force, General Viktor Bondarev visited Cairo this week and those two nations continue to draw closer in associations. During the recent uprising, Egypt had made pleas to the White House for military support which the Obama administration rebuffed. Despite a history of tenseness between Moscow and Cairo since the 1970's, relations are said to be warming at the expense of ties with the United States.

Reports say a visit by Abdel Fattah Al-Sisi, favored as Egypt's next president, to Moscow recently signaled an agreement between the two on matters of politics, economy and national defense. In November, Egyptian officials denied coming to an agreement including arms, and that sentiment was repeated this time although there are few who believe part of Egypt's takeaway will not include armaments and war planes.

Meanwhile, journalists have been accused of attempting to undermine Egypt's national security because of alleged ties to terrorist organizations. Several are currently awaiting trial, but watchers are becoming concerned with the current interim military government and their crackdown on the free press. 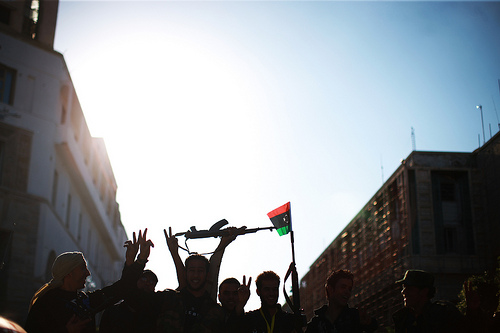 Libya -- As oil revenues dry up at eastern export terminals, the people of Libya struggle for a national identity. Since the overthrow of Qaddafi, citizens have endured the influence of various rebel factions, Qaddafi throwbacks and progressives who all desperately want to get Libya moving forward. But as governments and coups become less impactful on the general outlook, Libyans are increasingly drawn back toward tribal affiliations, rather than national pride.

Members of U.S. and French intelligence agencies have been pulling strings behind the scenes for decades and the result has been agenda driven leadership with no real legs of its own to stand on.

If oil revenues continue to decline, upward price risk for OPEC crude may also influence WTI -- now on the global market -- to follow higher on nagging supply constraints due to civil unrest in Libya.