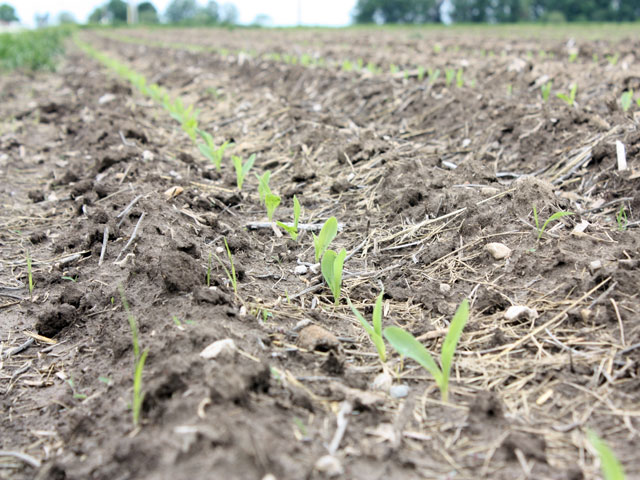 While biological products in agriculture have been around since the 1920s, new waves of technology are more focused than those of old. Today, the four major types of biologicals in the marketplace can be applied to the seed, in-furrow or broadcast.

Analyze the four ways biologicals can enhance season-long success to determine if they’re a fit for your fields and production goals.

Biologicals help manage stress by tricking crops into thinking they’re under attack. This turns on natural defenses, which could help the crop survive heat or drought stress.

“We have a bacterium, Pseudomonas fluorescens, that acts as a herbicide that controls cheatgrass, which is a problem in wheat and numerous land management areas,” says Sam Wilson, Verdesian vice president of technology development. With fewer competing weeds, plants are less stressed and can achieve higher yields.

Biologicals in agriculture will continue to increase as more companies invest in the technology. Some in the industry estimate year-over-year research and development spending to increase as much as 20%.

“Microbes are important for any functioning agricultural system,” Wallenstein says. “Even though we’ve developed incredibly productive cropping systems, evidence suggests we have even more opportunity for improvement by enhancing the microbiomes.”

Make sure crops have nutrients when they need them. One way to achieve this is by pairing beneficial microbes with the plant’s natural functions.

“Our Vault HP plus Integral product creates a symbiotic relationship with soybeans,” says Justin Clark, BASF U.S. technical marketing manager for crop protection. “We put rhizobia in high concentration on the seed so the plant will form nodules to fix more nitrogen.”

This and other similar products allow soybeans to begin fixating nitrogen from the atmosphere earlier, which is said to have a positive yield effect.

Stimulate plant growth early in the season. Some biologicals speed up root growth during seedling stages.

Nutrients don’t do your crop a whole lot of good if they’re out of reach or in a form they can’t use. When it comes to root growth, phosphorus is essential and biologicals could be the ticket to getting it to your crop.

Control pests without chemical pesticides. Biologicals can force out damaging pests, stop their growth or pit two organisms against each other to protect your crop.

Competition means the organisms in the biological product force out the problem organisms by crowding out offending microbes.

In antibiosis, metabolites interfere with pests’ growth or other activities. This kills the pest or renders it ineffective because it can’t grow the way it needs to for survival.

Microparasitism pits two organisms against each other in a fight to the death. If the biological organisms you applied survive, your crop is protected.

The value of biologicals depends on soil type and organisms as well as weather conditions. Consider local results and cost versus yield benefits when making decisions.

Tags:
TECHNOLOGY
Science Experiments
Some Areas Too Wet, Others Too Dry
The Role of Veterinarians and Nutritionists as Consultants for Dairies
Are All Bets Off for Phase One Trade Deal with China?
Jerry Gulke: Letting Time Pass May Pay Dividends