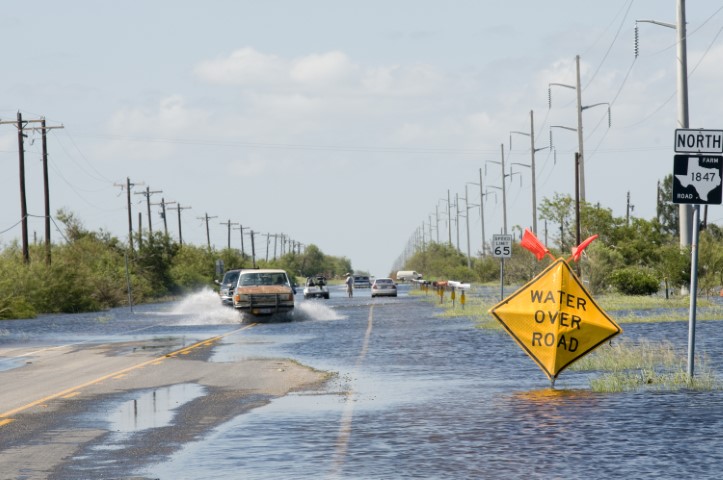 Long lines extended from grocery stores along the Texas Gulf Coast early Thursday as residents braced for a slow-moving tropical storm that forecasters say could drop as much as 20 inches of rain.

A hurricane warning was issued for much of Texas' central and southern coast on Thursday morning, spanning a region home to roughly 1.4 million people, as Tropical Storm Harvey regained strength while drifting into the Gulf of Mexico. The storm is expected to make landfall late Friday or early Saturday.

Of the people in 16 counties under a hurricane warning, about 325,000 of them are in Corpus Christi. Another 12 million people are under a tropical storm warning, including San Antonio and Houston.

Numerous cities were shipping in sandbags, extra water and other items ahead of the storm.

In Corpus Christi, dozens of people were waiting in line early Thursday at a local Sam's Club. Down the coast in South Padre Island, local resident Dave Evans took advantage of the free sandbags, noting he and his fiancé live in an older house prone to flooding.

"The master bedroom floods every time the rain gets very strong. I think our home is below sea level," Evans told The Brownsville Herald.

National Weather Service meteorologist Penny Zabel said it's been 14 years since a hurricane made landfall along the state's southern coast. She said 10 to 15 inches of rain could fall from Friday through Tuesday, with higher amounts in some areas.

"Harvey is looking like it's going to just meander around the area," Zabel said Thursday. "It's going to hang out for a few days, and that's why we're looking at such high rainfall amounts."

The storm's maximum sustained winds have increased to near 60 mph (95 kph). The U.S. National Hurricane Center said additional strengthening was expected and Harvey could become a hurricane by Friday, when it's expected to approach the southern Texas coast.

As of Thursday morning, the storm was centered about 335 miles (540 kilometers) southeast of Port Mansfield and was moving north-northwest near 10 mph (17 kph).

Texas Gov. Greg Abbott has ordered the State Operations Center to elevate its readiness level, making state resources available for possible rescue and recovery actions. Abbott also pre-emptively declared a state of disaster for 30 counties on or near the coast, to speed deployment of state resources to any areas affected.

Nearly all of the state's 367-mile (591 kilometer) coast was under a hurricane or tropical storm warning or watch as of Thursday morning.

Emergency officials on Wednesday asked residents along the upper Texas coastline to move or prepare to move inland. Those in low-lying areas were urged to seek higher ground, and those elsewhere were told to monitor official announcements closely.

On South Padre Island, people filled sandbags and loaded them into cars and vans Wednesday to take to protect exposed homes and businesses. Others in the forecast path of the storm sought out generators, plywood and other goods from hardware stores. Meanwhile, rice farmers in coastal Matagorda County moved quickly to harvest their crops.