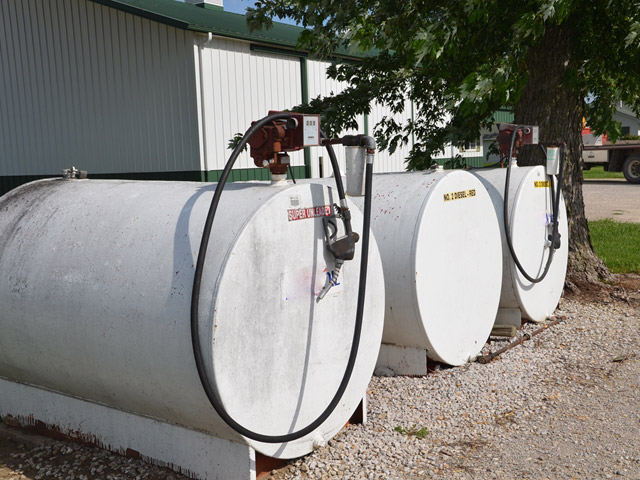 President Donald Trump says he’s open to raising the federal gas tax to fund infrastructure improvements -- a position that could pit him against his fellow Republicans in Congress and might hit rural voters who supported him harder than others.

Representative Kevin Brady, the chairman of the tax-writing House Ways and Means Committee, made his opposition to an increase clear Monday afternoon. Asked if he’d rule out a gas-tax hike, he said: “In my view, yes, but we’re going to have that discussion.”

In an interview with Bloomberg News in the Oval Office on Monday, Trump said he “would certainly consider” raising the U.S. gas tax to fund infrastructure. He described the idea as supported by truckers “if we earmarked money toward the highways.’’

But congressional Republicans have scuttled previous attempts to raise the gas tax. House Speaker Paul Ryan previously has opposed a higher levy, and Senator John Barrasso, a Wyoming Republican and chairman of the Environment and Public Works Committee, has said he doesn’t see it as a solution for infrastructure funding.

The conservative group Club for Growth immediately urged Trump to forget it. “Taking more money from American drivers to send to Washington is not the answer,” spokesman Doug Sachtleben said in a statement. “Real infrastructure projects are best done at the state and local levels where transparency, efficiency, and accountability are at their highest.”

Americans for Prosperity, the conservative advocacy group that’s funded by the billionaire brothers Charles and David Koch, opposes gas-tax increases, arguing on the website of its Louisiana chapter that they “hurt hard-working families, especially those who live in rural areas or drive older cars.’’

Voters in rural areas overwhelmingly chose Trump over Democrat Hillary Clinton in the 2016 presidential election, and a higher gas tax also may indeed affect those areas disproportionately, said Carl Davis, research director for the Institute on Taxation and Economic Policy, a non-profit research organization in Washington. The gas tax is regressive, meaning it puts a bigger burden on lower- and middle-income families’ household budgets than it does the wealthy, the group says.

The anti-tax activist Grover Norquist, a longtime opponent of raising the gas tax, said on Monday that there are other things Congress can do to improve infrastructure. They include limiting spending from the federal Highway Trust Fund, which passes money to states, to highway projects and streamlining regulations as well as studies related to permitting.

“There is no need -- and no excuse for a tax hike,” Norquist said in a statement. “We can have more roads at lower prices if Congress repeals destructive laws and rules it itself established for sordid reasons.”

Still, in some corners, pressure is building to increase fuel taxes. The federal per-gallon taxes of 18.4 cents on gasoline and 24.4 cents on diesel were last raised in 1993. Since then, the revenue they generate has declined as inflation robbed them of their purchasing power and the average fuel economy of a passenger vehicle increased by 12 percent, according to the U.S. Department of Transportation. Business and transportation groups have called for increasing the federal gas tax to help sustain the federal trust fund.

Now, with Trump proposing to spend as much as $1 trillion on roads, bridges, airports, sea ports and other public works, the fuel tax is back under examination. Republican lawmakers will be open-minded, but “they’re going to likely start off from a skeptical point of view,” said David Winston, a GOP consultant who has advised congressional leaders.

In a February interview, Representative Bill Shuster of Pennsylvania, the Republican chairman of the House Transportation and Infrastructure Committee, didn’t rule out increasing the gas tax as part of negotiations to get a final infrastructure package approved. “That is certainly a difficult thing to do,’’ Shuster said at the time. “It’s something we should look at and consider.’’ Shuster’s office didn’t immediately comment on Trump’s statement Monday.

Representative Peter DeFazio of Oregon, the transportation panel’s top Democrat, said he thought most Democrats and many Republicans would go along if Trump strongly advocated for an increase.

“I don’t think there’s any political jeopardy to this,” said DeFazio, who has introduced a bill to raise fuel levies by no more than 1.5 cents a year to back 30-year Treasury bonds that would generate $500 billion through 2030.

The American Trucking Association, which supports a gas-tax increase as the most efficient method to raise revenue for highway infrastructure, welcomed Trump’s comments.

“As an industry that pays half of the tab that funds the Highway Trust Fund, we welcome a discussion around tax reform and how best to generate the additional revenue we need to improve our roads and bridges,” the group said in a statement.

The timing of the administration’s infrastructure plan is unclear. Trump said in a CBS interview released on Monday that “we’ve got the plan largely completed and we’ll be filing over the next two or three weeks, maybe sooner.’’

But U.S. Transportation Secretary Elaine Chao said last week that the administration hopes to have a package to Congress “probably by summer or this fall.’’ She said at a Milken Institute Global Conference in California on Monday that it could come “fairly shortly.’’

There had been discussions about combining an infrastructure plan with a proposal to overhaul the U.S. tax code, but the administration probably won’t do that because “they’re both complicated issues,’’ Treasury Secretary Steven Mnuchin said at the Milken event.

Trump’s plan will include $200 billion in direct federal funding to leverage private investment for $1 trillion in spending over 10 years, Chao said. She previously has touted public-private partnerships and repatriation, or taxes on returned profits from overseas, as well as streamlining regulations and permitting to accelerate projects.

Democrats and some Republicans have said relying on the private sector won’t work in rural states because public-works investments require a revenue stream, such as tolls or regular tax payments, that aren’t feasible in low-population areas.

The president’s infrastructure plan will propose to use federal money to a larger degree in rural areas, Reed Cordish, assistant to the president in the White House Office of American Innovation, said at the Milken event. “It can allow for projects that wouldn’t otherwise happen in the free market to take place,’’ Cordish said.