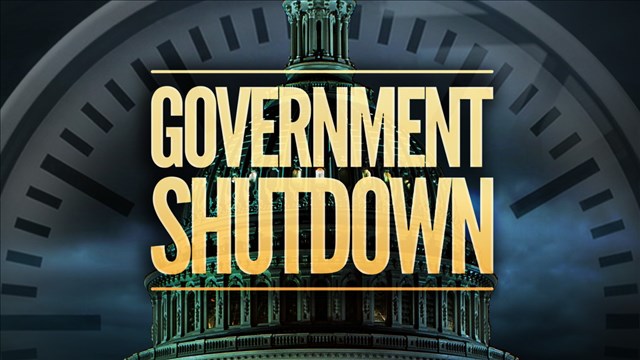 (Bloomberg) -- U.S. government offices may be locked and most federal employees sent home, but the Trump administration has a plan to blunt the impact of a shutdown: It will leave many national parks open, keep issuing passports for a while and try to avoid other inconveniences of past standoffs.

The strategy is part of a Trump administration effort to minimize the public pain of a government shutdown -- while also minimizing the political leverage of Democrats, who have used past shutdowns to their political advantage by shuttering services and blaming Republicans.

"We are going to manage the shutdown differently," White House Budget Director Mick Mulvaney said in a briefing with reporters Friday. "We are not going to weaponize it. We’re not going to try and hurt people."

The Obama administration took a different approach in 2013, eschewing opportunities to make the shutdown "much less impactful," and instead opting "to make it worse," Mulvaney said. Any shutdown under President Donald Trump would "look very different," he said.

Many parks and national monuments will be open (but trash in them won’t get picked up), government-sponsored enterprises Fannie Mae and Freddie Mac will keep buying mortgages from lenders and the U.S. Postal Service will keep processing mail, Mulvaney said.

Federal agencies can keep functions running by dipping into unused funds or fee revenue -- dollars not from annual congressional appropriations. During the 2013 shutdown, the Energy Information Administration was able to use such flexible funding sources to keep issuing data for 10 days. An Interior Department bureau that oversees offshore oil and gas development was able to tap into fee revenue to keep issuing drilling permits in 2013 -- and is on track to do the same thing this time around.

Similarly, the Smithsonian museums announced that they would stay open through the weekend even if there is a shutdown. The State Department said its consular operations both inside the U.S. and abroad will remain operational, though some passport agencies in affected government buildings may not be supported and could be closed on a case-by-case basis.

The Environmental Protection Agency has enough money to remain open for a limited amount of time, supervising work to clean up toxic sites and processing air permits. All EPA employees should follow their normal work schedule next week, Administrator Scott Pruitt said in a message Friday, but if a shutdown occurs and extends through Jan. 26, plans may change.

And the U.S. Interior Department plans to let the public visit most open-air monuments, wilderness-type restrooms and facilities that don’t depend on government staffing. Gift shops, restaurants and other concessionaires inside parks may be permitted to continue operations as long as they remove snow and trash without government staff.

"The American public and especially our veterans who come to our nation’s capital should find war memorials and open air parks open to the public,”said Interior Department spokeswoman Heather Swift. “Additionally many of our national parks, refuges and other public lands will still try to allow limited access wherever possible."

That park plan clashes with the National Park Service’s formal blueprint for operations if government funding lapses -- including shutting down facilities within hours and giving overnight visitors two days to find alternate accommodations. That document had been yanked from the Interior Department’s website as of Friday. Swift said it was being updated.

The Trump administration’s approach could dampen any public outcry over a government shutdown, at least for the people camping, hiking or even getting married at national park sites such as Death Valley and the Everglades now in peak season.

In the political brinkmanship over whether to allow federal funding to lapse, the national park sites are perhaps the most vivid illustration of what’s at stake when the government closes its doors. They are popular with local businesses as well as the hundreds of millions of tourists who visit them annually -- and turning visitors away is a potent way to highlight how the government closing is hurting real people.

During the last shutdown in October 2013, the Obama administration had an incentive to convey that message to the public, after some House Republicans and Senator Ted Cruz, a Republican from Texas, insisted on addressing health care in exchange for continuing federal spending. This time around, with Republicans in control of the White House as well as both chambers of Congress, the Trump administration wants to tell a far different story.

"The National Park Service’s mission shouldn’t be held together by duct tape and bailing wire in order to lessen the public’s blowback," said Kate Kelly, a former Interior Department official under President Barack Obama. "Trying to run national parks without park rangers not only creates unnecessary dangers for visiting families, but puts the parks’ natural, cultural, and historic resources at risk."

Park closings can deal a big blow to local economies that depend on tourism dollars tied to visits -- from the vendors inside the facilities to the hotels, stores and restaurants outside of them. Local economic considerations were such a big factor during the 2013 government closure that five governors ultimately agreed to pick up the tab for reopening at least a dozen national parks.