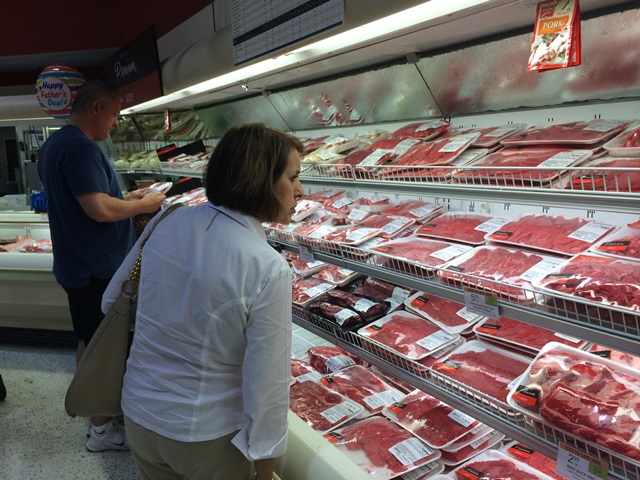 Michele Payn is an accomplished author and speaker whose organization, Cause Matters Corp., focuses on connecting consumers about the science and technology behind agriculture and food production. Her latest book, “Food Truths From Farm To Table,” is a response to common misconceptions about agriculture and features interviews with numerous farm owners and operators around the U.S. It recently became a No. 1 bestseller on Amazon and is available now for a discounted price for Thanksgiving at CauseMatters.com. Payn and her daughter live on a small farm in central Indiana. The following Q-and-A interview with AgWeb.com focuses on “Food Truths” and the steps Payn thinks are necessary to ensure producers and consumers build stronger relationships.

What events led you to write this book? Why was this the right time for “Food Truths”?

As I sat around kitchen tables with moms and other parents, I heard guilt. I believe food should be about a celebration. It’s central to a family’s well-being, and it’s essential that people feel good about what they’re trying to feed their family. I have a quote hanging over my dining room table: “The finest memories are made gathered around the table.” I firmly believe that.

As an agriculturalist, frustration with half-truths and misinformation about agriculture was a prime motivator. I wanted the agricultural community to have a piece that answered some of [The New York Times Magazine contributing writer] Michael Pollan’s claims, which are used by academia, on college campuses and in high schools. I didn’t feel it represented the farm perspective, which is why I’ve so heavily pursued this issue.

“Food Truths” is accredited for continuing education credits among dietitians. It’s an example of how to translate the science of agriculture through story. The intersection of farm and food has to involve the intersection of head and heart. Agriculture often approaches its story from the head standpoint, but food is a heart issue.

Why is Michael Pollan’s work attractive to many people?

The content we bring to the conversation—in a completely different context—isn’t always appreciated. It’s difficult for us because of our limited circle of influence. Michael Pollan isn’t the only one. The Food Babe is another example.  The point is, people deserve to have the truth about food. People deserve to know how their food is truly raised, and the only way that’s going to happen is by the people who are raising the food speaking up.

Out of all the misconceptions you cover in “Food Truths,” what is the biggest un-truth about food, in your view? What drives you crazy?

Food Truth No. 3 focuses on animal welfare, which is an hourly concern on farms and ranches. I have cats and dogs, and I appreciate the value of pets. I also have dairy cattle, and while they are spoiled rotten, they’re not my pets. People need to understand the context in which we care for our animals.

Take dehorning. Animal rights organizations make it sound horrific. But as one mom to another, I say “These heifers could break my daughter’s ribs, and they gore each other to death if you don’t dehorn them.” We need to talk transparenctly about practices like these as animal welfare gets hackles up

Food Truth No. 5 addresses the fact production methods do not affect the nutritional value of food. The divisiveness in agriculture doesn’t serve any of us well. I will advocate for my friends who farm organically just as I do for friends who farm 10,000 acres conventionally. Farming is a personal choice that a family makes. We have to understand buying food is a personal choice that every family makes. One should not trump the other.

Food Truth No. 10 is about GMOs, by far the most contentious issue for consumers, if you ask me. The last one I’d offer up from the book is Food Truth No. 42, which speaks to the fact that the media isn’t the best source of information about food. People deserve to get information about food from those who raise it. It’s unfortunate people have been taught to fear their food.

Speaking of GMOs, what’s your take on GMO labeling and other absence claims on food packaging?

I would be radical on packaging. I would allow nothing besides government-mandated claims. The absence claims are most misleading. The idea of organic, gluten-free, GMO-free cat litter makes us laugh, but clearly there’s a market for it.

This is a very big-picture, long-term issue that I am not going to pretend I have the wherewithal to resolve. At some point, it comes down to food ethics. Food companies need to take responsibility for ethics of what they’re putting on packages. I also believe we in agriculture need to be much more proactive in getting out ahead of activists and companies that are targeting food retailers and food service.

How can farmers, ranchers and growers most effectively reach consumers?

Engage in conversation with those across the plate. Some of the animal health companies have representatives sitting in the board room at Walmart, for example, and having a discussion about why hormones are used in beef cattle and why there is a sustainability advantage to that. The same is true for restaurants such as McDonald’s. It’s about gaining the trust of those food-service companies and food providers.

The biggest epidemic in our country is obesity. Dietitians need to make science-based recommendations, and younger generations aren’t necessarily following that. There are some real challenges. All of agriculture needs to figure out a way to have a place around the plate to have better conversations. At some point, food companies are going to have to realize the value of hearing from people with a firsthand perspective as well as consumers.

What should farmers, ranchers and growers do after reading your book?

First, use it as an example to make their life easier. This conversation about what they do every day doesn’t have to be complicated.

Second, I hope it gives them permission and encouragement to have the conversation. So many times, farmers think somebody else will do it. There is no better spokesperson for American ag than farmers or ranchers, or the people working in it.

When I speak, I often ask farmers, “How many of you would say you are modest, stubborn, independent and were taught to not talk about what you do?” Those traits are prevalent in agriculture. That doesn’t bode well for us to protect our right to farm, and it’s time to change that.

My hope is the book will serve as an example of connecting with people’s emotions.

What level of urgency do you have about the topics we’ve discussed here?

Over 30% of the U.S. population thinks non-genetically engineered food does not have genes, according to a recent study from Michigan State University. We have scientific illiteracy running rampant in this country, coupled with extreme emotionalism and courage through the keyboard. We’re having our rights to farm removed. That’s the reality.

It’s a best business practice in 2017 to determine how to touch different people on a heart level, with your points of firsthand agricultural knowledge. There’s case study after case study of how farming practices are being removed, so the urgency to engage in the farm and food conversation is high.