Getting stuck in a field is not really out of the ordinary. But many farmers have slugged and slopped through fields at new depths this spring. (See photos below.)

An Ohio farmer in Hancock and Wyandot counties reported to AgWeb Crop Comments that he’s been stuck so many times he’s lost count. “This is the worst I've seen in 47 years, or my Dad's 68 years of farming. What we've planted would not have been planted in a normal year; we'd have waited another 3-4 days to dry out.”
This farmer says, when you park a loaded semi on a county paved road and you have to get a tractor to move it because it sank 8-10" into the asphalt IT'S WET!
In Custer County, Neb., a farmer reports that this year, it seems like the bigger the planter, the worse you got stuck. “We have had more rain in this area than I can ever remember,” the farmer says.
It’s not the sheer volume of rain, the farmer says, but the frequency of it. “It rains off and on for 3-4 days, then it dries out enough to do 1-2 days of fieldwork, then rains another 3-4 days.”
Out West, in North Dakota, many farmers have reported the first obstacle is just getting into the fields.
In Walsh County, N.D., a farmer says the gravel roads around his operation are really getting torn up. “The fertilizer dealers are going to have big time trouble delivering product to us considering the horrible road conditions we are facing,” the farmer reports. “Frost boils are showing up on roads that have never had soft spots before; and the regular bad spots are all but impassable. The transport wheels on our 50'-60' air seeders could easily break right through the road surfaces-and there one would sit-stuck in the middle of a road.”
Constant rain near Minot, N.D., has turned many fields into rivers. “I have never seen it like this before, and it is much worse then 1999,” reports an area farmer. “Before this last rain, if you thought you could seed a field, it was virtually impossible to get to them, because of the roads either washed out or too.”
For those that did make it into the field, many aren’t making much progress. A Golden Valley, N.D., farmer says people are getting stuck trying to plant crop. “Water is setting in the fields and if anyone is planting they are NOT planting the whole field.”
A farmer from Ward County, N.D., says area farmers had only one good day of planting this spring. But, one day just isn’t enough. “What is planted looks very poor and guys made a mess out it in the mud, getting stuck all over,” the farmer says. “I have never seen the state like this. With this rain through the first part in June, I don't think planting is going to happen here this year. Too many acres out there and not enough time now.” 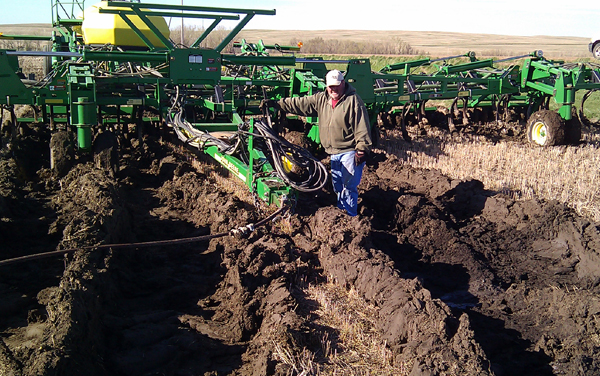 6/10 - McCone County, Mont.: A real battle to get the crops in. Spring wheat planting is anywhere from 20-50% planted. We are starting to give up. It just isn't worth the bills to get unstuck. 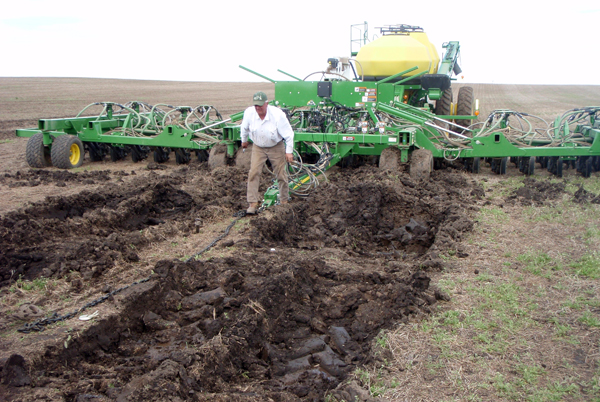 6/8 - Divide County, N.D.: Many have not turned a wheel. Planting is over in this county. Some will still put some late barley or oats in but most will take prevent plant payment. Was able to seed for parts of four days. Was stuck three times and got rained out twice. This far north 3 miles from Canadian border you can't plant wheat much past June 10th and expect to beat the frost. Oh well on to next year. 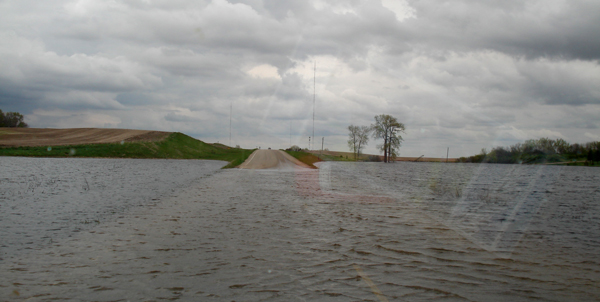 6/2 - Ward County, N.D.: Mother Nature you have won, we surrender. The fat lady has sang. This is game over for most producers around here. We were lucky enough to get 3% of our acres in. Very slim chance that any planting will happen now. This is a major wheat growing region in the worst shape in history. 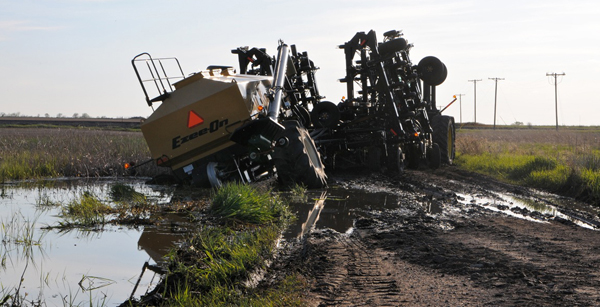 5/31 - Minot, N.D.: These pictures are north of Minot, North Dakota, in the Glenburn and Lansford area. The very few fields that were seeded are now washing out. It looks like there won't be any crop to harvest in this area for 2011. I have never seen it like this before, and it is much worse then 1999. Before this last rain, if you thought you could seed a field, it was virtually impossible to get to them, because of the roads either washed out or too.

What’s happening in the farm fields across the country? Are you finished planting or still in the field? Share you comments and read others in AgWeb’s Crop Comments or e-mail [email protected].
3 Ways Innovation Will Change Your Farm
Altoona Chef Wins Culinary Contest that Kicks Off Iowa Pork Congress
Soybean Futures Fall Last Week
Biodiesel Plant Reopens
The Real "MVP's" of Innovation