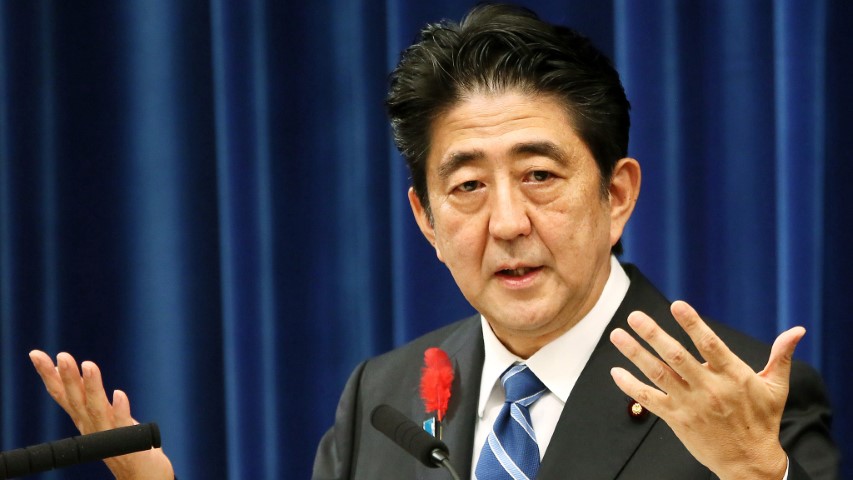 U.S. and Japanese negotiators are rushing to complete a trade agreement they can unveil during Prime Minister Shinzo Abe’s visit to Washington later this month, something they hope will pave the way for a broader Asia-Pacific pact involving 10 other countries.

An accord between the U.S. and Japan about access to each others’ markets for products such as pork, rice and automobiles would only take effect if incorporated into the Trans-Pacific Partnership, a 12-nation negotiation that Japan joined in 2013. Although all the governments must agree, the U.S. and Japan are by far the largest economies involved.

“Negotiators are meeting around the clock, countries are moving on issues that seem intractable months ago,” Acting Deputy U.S. Trade Representative Wendy Cutler said of the bilateral talks in a March 30 speech in New York. “I’ve been doing this a long time and I sense and feel that we are in the end game.”

The two countries are trying to arrange a meeting of chief negotiators in mid-April, according to a person briefed on the effort. That would position U.S. Trade Representative Michael Froman and Japanese Economy Minister Akira Amari to wrap up the deal in time for Abe’s April 28 visit with President Barack Obama, the person said.

They have narrowed differences over how much Japan will open its heavily protected agricultural sector to imports, a politically sensitive issue in Japan. And they’ve explored ways the U.S. would lower tariffs on auto parts and Japan would ease auto trade barriers as well, people briefed on the talks said.

Cutler, Froman’s key deputy on the Pacific trade talks, nevertheless signaled the U.S. will be skeptical until a deal is struck. “We are watching to see if Prime Minister Abe is ready to make these decisions affecting important domestic constituencies in his own party,” she told the Japan Society, according to a recording provided by the USTR’s office.

“We are focused on getting the substance right,” she said. “We are not prepared to sacrifice substance to get a deal. My sense is Japan shares this view.”

Trevor Kincaid, a spokesman for Froman, declined to comment on the specifics of the U.S.-Japan talks, and referred to Cutler’s comments. Japan’s embassy in Washington didn’t respond to e-mailed questions on the talks.

Abe won a decisive victory in parliamentary elections in December. That gives him political room to make concessions that would hit Japanese farmers, a central constituency of his Liberal Democratic Party, said Mireya Solis, a senior fellow at the Brookings Institution in Washington.

“He can deliver, and that is something we have not been able to say about a Japanese prime minister in a very long time,” Solis said.

Japan’s agricultural sector, and what the country refers to as the “five sacred commodities” -- rice, wheat, dairy products, beef and pork -- would be central to any agreement.

While Japan has offered concessions, the U.S. also also lowered its original ambitions in this area, a person briefed on the talks said.

For example, the U.S. had sought elimination of a complex Japanese system that raised the price of lower-quality U.S. pork imports, such as pork shoulder. That won’t happen, the person said, but Japan is likely to drop tariffs of about 4 percent on the high-quality cuts of pork, such as loins, where U.S. ranchers are competitive, the person said.

Beef producers, another key U.S. exporter, are likely to see a reduction to single digits of the Japanese tariff on beef, currently at 38.5 percent, two people briefed on the talks said.

Negotiators are still working on the fraught question of rice imports. In previous talks, Japan has lowered tariffs but then bought foreign imports and re-exported them as food aid. So, this time, the U.S. is seeking guarantees that Japanese consumers will have the opportunity to purchase U.S. rice, a person briefed on the talks said.

“There are five sacred commodities,” said Paul Drazek, an agricultural trade consultant with DTB Associates in Washington. “And there appears to be momentum for a solution.”

Trade in automobiles, long a bone of contention between the two governments, remains a sticking point.

Before formal talks even started, Japan agreed that U.S. tariffs of 2.5 percent on autos and 25 percent on light trucks would be eliminated on the same schedule as the longest phaseout in the TPP agreement. Since some tariffs could take 10 or 15 years to eliminate, the wait could be substantial.

Now, a sticking point has emerged over whether tariffs on auto parts would decline at the same pace as those on autos, two people briefed on the talks said. The U.S. raised the demand last fall.

Since then, the U.S. hasn’t pressed the issue, the people said. It has suggested a so-called safeguard mechanism that would impose tariffs if there were a sudden jump in Japanese parts imports, the person said.

Cutler said the U.S. is focused on restrictions other than tariffs in Japan, since Japan has no tariffs on vehicle imports. But she said safety standards that hit foreign cars more than domestic vehicles, also make the Japanese market tough to penetrate.

“Just because you don’t have tariffs doesn’t mean your market is open or accessible,” Cutler said.

The auto industry has a strong following in Congress, as do the United Auto Workers, with about 390,000 members. Cutler said Japan has acknowledged this political reality.

“Frankly, we are making good progress, and the Japanese are working with us cooperatively in this area, recognizing that a strong autos deal is necessary for the United States if the TPP deal is to be passed by Congress,” Cutler said.