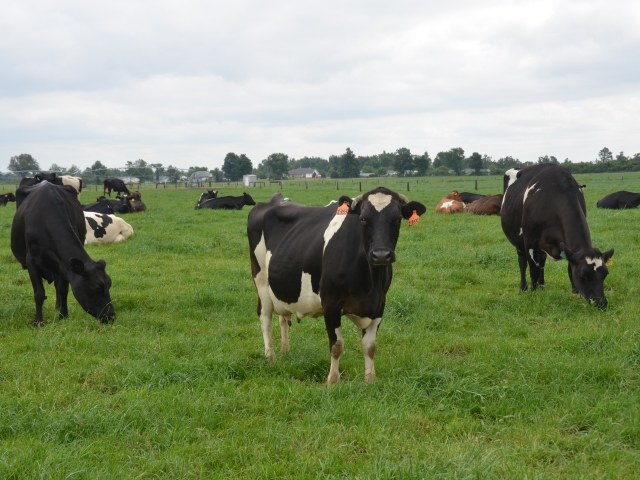 Amid a rash of dairy farm closures, federal agriculture officials are teaming with their New Hampshire counterparts to hear from farmers about the challenges they face as they contend with a long-running drought and low milk prices.

Nineteen of the state's 120 dairies have closed in recent months, or nearly twice the number that went out of business over the previous four years combined.

"We've got some really serious flaws in the current one, especially on the dairy side. The programs just have not worked," she said.

Some farmers are not expecting much from the forum, which will take place Monday from 10 a.m. to 11:30 a.m. at the New Hampshire Audubon Society. The forum will highlight U.S. Department of Agriculture resources and allow farmers and other stakeholders to discuss their circumstances.

"I'm not too optimistic with it coming up so close to the elections," said Stewart Yeaton, a dairy farmer in Epsom who questioned how helpful it would be. He said he hoped to get an answer about financial assistance for wells. "We've had three wells out of the five go completely dry."

An oversupply of milk in the United States has caused milk prices paid to farmers to fall below production costs for months. And, in New Hampshire, the drought has reduced the corn feed and hay that farmers grow for their animals. Farmers need money to transport these supplies from other states. And unlike other states in the region, New Hampshire hasn't provided supplemental aid to dairy farmers.

"Milk prices have dropped by more than 40 percent over the past two years, and the U.S. Department of Agriculture predicts low prices to continue for the near future," the letter said. "Dairy production costs continue to rise, and severe drought in some regions of the country has driven these costs up further."

The senators said to make matters worse, a federal farm program that was supposed to provide a safety net to farmers isn't working and must be improved, "but our dairy farmers cannot wait for several years until a new Farm Bill is enacted."

On the state level, officials have recommended that the Legislature approve up to $3.6 million for drought assistance and that lawmakers include $2 million in each year of the next biennium budget for the Milk Producers Emergency Relief Fund.

"It's a few bucks," said dairy farmer Tom Marston, of Pittsfield. "Anything will help."