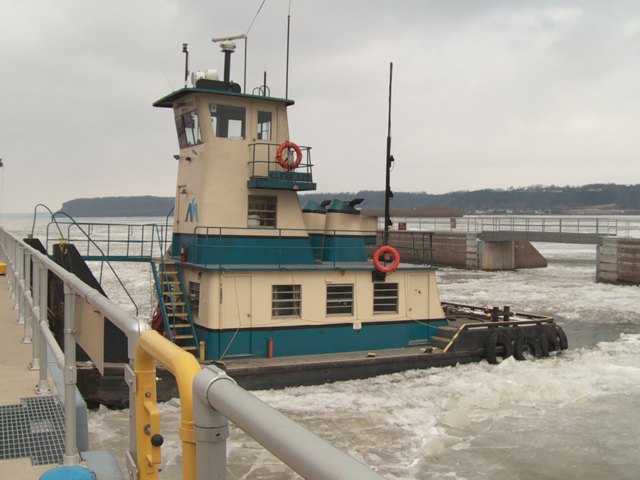 Unless it makes major investments in the Mississippi River inland waterway, the U.S. is in danger as a soybean export leader. The country must upgrade or "get left behind in the world market,” according to a new study by the University of Southern Mississippi for the World Trade Center of New Orleans and the Big River Coalition.

Competitive crop producers are gaining momentum. Brazil has announced a $104 billion program, including heavy investment in transportation infrastructure. That country is expected to become the world’s No. 1 soybean exporter by the end of 2014.

“With these advancements in logistical capabilities and infrastructure, Brazil has increased its ability to compete with U.S. soybean exports and agricultural exports in general through significant reduction to transportation cost,” the study says.

Brazil isn't alone. Argentina also is making major transportation investments. Such moves will reduce or eliminate delays that have hampered the movement of ag products from the countryside to the dock and eventually to portside bulk carriers. “With the reduction of wait time, transportation costs are reduced,” the study says. “When we consider the depth of some of their ports, we see the capacity to handle ever-larger ships, which have the very real advantage in the further reduction of grain transportation costs.”

Already, Brazilian soy export costs to China, by far the largest soybean importer, are the lowest, the U.S. second, with Argentina costs the highest of the top three exporters. “Should Argentina drop its export taxes on soybeans (which is under consideration), the U.S. is in danger of slipping to the No. 3 spot, which could potentially devastate the U.S. soybean industry,” the report says.

As the U.S. faces challenges to its dominance, global grain demand is expected to grow 47% by 2025, the report notes. “Particularly troubling is the lack of depth of the Lower Mississippi River.” The Panama Canal expansion, expected to be completed by early 2016, adds a "heightened sense of urgency," as ports in the Lower Mississippi are simply not deep enough to accommodate Post or New Panamax vessels, the report says.

“In order for the U.S. to remain a leader in soybean exports, investments in the Mississippi River corridor are crucial,” the report says. “To protect its $270 billion in exports, the U.S. would need to invest $30.2 billion through 2020,” the report says. Yet current trends indicate expected funding will reach less than half of that amount at just $14.4 billion.

The Mississippi River system is made up of 41 ports, with an additional 59 ports dotting the river’s network of tributaries. “Areas of the Lower Mississippi River are deteriorating and in disrepair with many of the locks approaching 100 years of service. Aging locks that do not function properly cause delays. The more time that passes before repairs are accomplished, the higher the cost of repair.”

At current funding levels, replacement of the Inner Harbor Navigation Canal lock, a vital link that connects the Mississippi River to the Gulf Intracoastal Water System in New Orleans, might not occur until 2030.

The current lock, completed in 1921, is too small to accommodate modern-day vessels, and project costs have increased considerably.

By contrast, the report notes, Brazil plans to invest $26 billion real (Brazil's currency) to modernize ports within four years. Additionally, the Brazilian government plans to spend $15 billion real in port projects by 2015. During 2016 and 2017, Brazil will spend an additional amount, valued at $11.15 billion U.S. dollars, on seaport leasing projects.

The report notes major investments in improving the Port of Rio Grande do Sul, one of the most developed ports of Brazil, are particularly threatening to U.S. soybean exports. Other ports posing high risk to the U.S. are the Port of Santos and the Port of Paranagua.