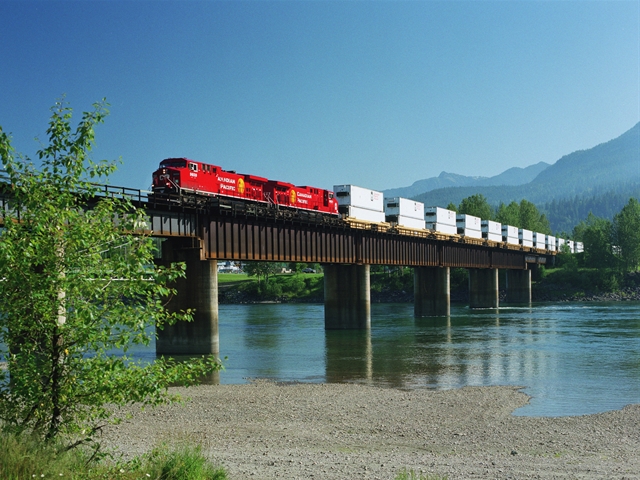 U.S. President Donald Trump’s top trade negotiator came out of the gate sounding like he wants to fine-tune the North American Free Trade Agreement, not blow it up as some feared.

During the election campaign, Trump called the trade deal with Mexico and Canada a “disaster” that cost millions of U.S. jobs and hollowed out the manufacturing sector. A few weeks ago, he was weighing whether to pull out of the deal entirely.

But his new trade representative, Robert Lighthizer, struck a more dovish tone Thursday in serving notice to Congress of the administration’s intention to renegotiate the accord. Lighthizer noted the deal has been a success for some U.S. industries, such as agriculture, investment services and energy. The veteran trade lawyer said the U.S. would prefer to keep the three-way structure, a notable comment from an administration that has denounced multilateral deals as unwieldy.

Meanwhile, the letter he sent to lawmakers to kickstart consultations omitted many of the thorny points cited in an earlier draft, such as leveling the playing field on tax treatment and bulking up “Buy America” procurement provisions -- goals that might meet stiff resistance from Canada and Mexico.

“It suggests they want to modernize and update the agreement, rather than doing a complete makeover,” said Wendy Cutler, managing director of the Asia Society Policy Institute. While the U.S. goal of reaching a new deal this year is ambitious, it’s not unrealistic if it doesn’t seek to radically change NAFTA, said Cutler, who served as senior U.S. negotiator on the 12-nation Trans-Pacific Partnership agreement.

Trump early in his presidency ended America’s participation in the TPP, which the Obama administration hadn’t been able to persuade Congress to approve.

A quick turnaround on NAFTA would be a much-needed win for the embattled president, who learned this week that former FBI director Robert Mueller will investigate Russia’s role in the 2016 election and possible links to the Trump campaign.

America’s NAFTA partners welcomed the strategy of modernizing rather than scrapping the trade pact. Canadian Foreign Affairs Minister Chrystia Freeland said talks will provide an opportunity to “align NAFTA to new realities,” while her Mexican counterpart Luis Videgaray said the three countries can reshape NAFTA “under a win-win framework.”

“The letter to Congress has a more conciliatory tone,” said Gabriela Cuevas, the head of Mexico’s Senate foreign relations committee and a member of the opposition National Action Party. Still, “it’s important that Mexico prepare its strategy for any scenario,” she said.

“You can’t really blow up NAFTA. It’s too big a relationship and it would hurt too many companies,” said Greg Husisian, a partner at law firm Foley & Lardner in Washington. “You would strand a lot of U.S. company investments. You can’t whack Mexican exports without whacking U.S. exports.”

Still, Lighthizer made it clear the U.S. wants to see Mexican manufacturing capacity return to America, an approach sure to create friction with Mexico ahead of a general election next year. Mexico would also likely oppose efforts to compensate U.S. producers for Mexico’s value-added tax, which refunds taxes charged on inputs used to produce exported goods. While U.S. politicians have called the tax an unfair subsidy, Mexico argues the system is in line with international trade rules.

Talks with Canada could trip up over irritants including access to the country’s supply-managed dairy sector or the ongoing dispute over softwood lumber exports to the U.S.

The U.S. president will be under pressure to reach a deal that shows his election promises weren’t empty rhetoric, said Dan Dimicco, a former steel executive who advised Trump during the campaign. The administration will measure success in terms of its ability to stop U.S. companies from building plants in Mexico, and reducing the $62-billion deficit with that nation, he said.

“Trump cannot not renegotiate NAFTA in a way that’s positive for U.S. manufacturing,” Dimicco said. “The negotiations will be tough, and we will go after the things that we want.”

The move launching NAFTA talks on Thursday is just the first step in a process that will drag on for months. The administration will need to rally lawmakers behind its negotiating position, a difficult task in a polarized political environment.

While Lighthizer received broad support for his confirmation in the Senate, cracks are already appearing over NAFTA. Democratic congressmen Richard Neal and Bill Pascrell Jr. said Lighthizer’s NAFTA letter was lacking in specifics and didn’t appear to be seeking the “fundamental reform” that Trump promised during the election.