Winter Wheat Production Up 4 Percent from 2015

Winter wheat production is forecast at 1.43 billion bushels, up 4 percent from 2015. As of May 1, the United States yield is forecast at 47.8 bushels per acre, up 5.3 bushels from last year. If realized, this will equal the record yield set in 1999. 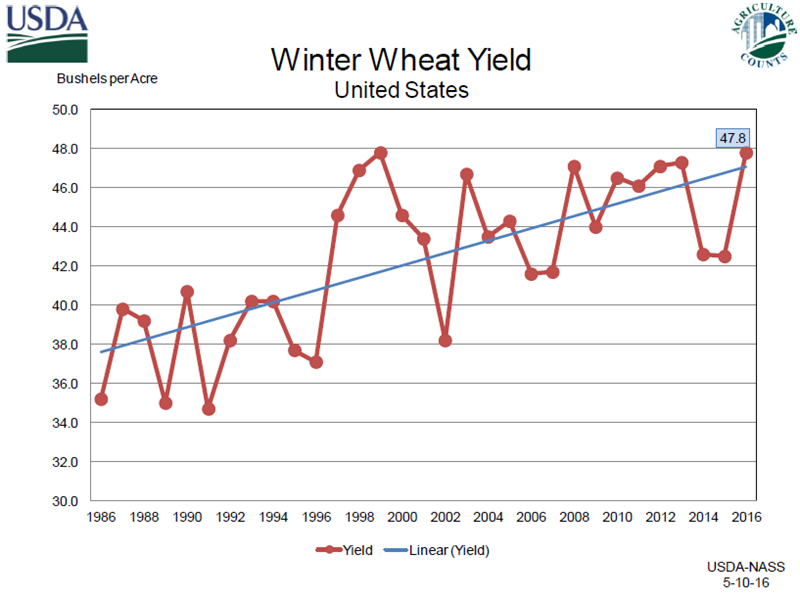