USDA: Dairy Exports Should Rebound in Second Half of 2015 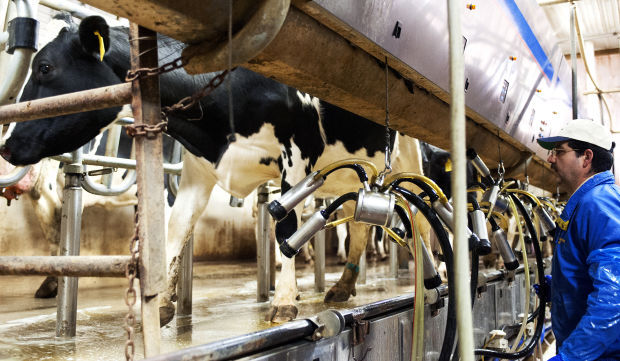 Output per cow is also expected to increase just under 2% this year, slightly slower than 2014. “Feed prices are expected to remain moderate through the year, and alfalfa prices should reflect a return to normal pasture conditions in much of the country,” says Shayle Shagam, a USDA livestock, dairy and poultry analyst.

“Milk production in California has been affected by drought and to the extent forage supplies are limited, production in that state may be constrained,” says Shagam.

Total U.S. milk production is forecast to increase to 211.5 billion pounds, up 2.6% or so. Despite this increased milk production and weakened dairy exports, USDA expects domestic consumption to grow.

“Continued economic growth and diminishing unemployment is expected to underpin gains in demand for dairy products,” says Shagam. “With lower exports forecast for the year, lower prices will balance the markets rather than high prices rationing supplies as occurred in much of 2014.”

USDA foresees slower export sales, particularly in the first half of the year. It notes, however, that Russia’s import ban of dairy products from the United States, the European Union and Australia is scheduled to end in August. “To the extent traditional exporters resume shipping to Russia, it is expected that U.S. exports will increase in the second half,” says Shagam.

You can read the entire USDA Outlook report here.