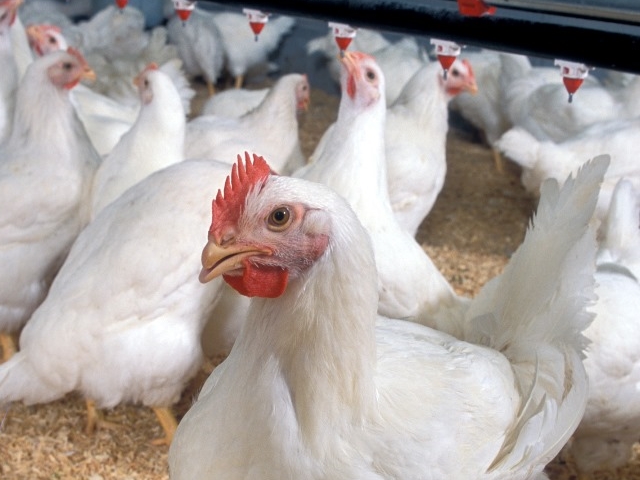 DES MOINES, Iowa (AP) - The Trump administration's decision to kill a rule designed to protect the rights of farmers who raise chickens, cows and hogs for the United States' largest meat processors has infuriated farmer advocates, including a Republican senator from Iowa who said he has "violent opposition" to the move.

The rule would have made it easier for farmers to sue companies they contract with over unfair, discriminatory or deceptive practices. Called the Farmer Fair Practice Rule, it was rolled out by the U.S. Department of Agriculture during President Barack Obama's final days in office but never took effect. The agency under President Donald Trump delayed its April 22 start date for six months, then announced Tuesday that it would not implement the regulation at all.

The rule was first proposed by the USDA in 2010 but faced delays after meeting resistance in Congress and by the meat processing industry. The USDA finally released it last December.

Currently, several court rulings have interpreted federal law as saying a farmer must prove a company's actions harm competition in the entire industry before a lawsuit can move forward. The rule would have eased that high burden of proof.

Chicken and pork producers, for example, must often enter long-term contracts with companies like Tyson Foods and Pilgrim's Pride that farmers allege lock them into deals that fix their compensation at unprofitably low levels and forces them deeply into debt.

But the Grain Inspection, Packers and Stockyards Administration within the USDA, known as GIPSA, concluded the rule is inconsistent with several court decisions and would lead to further lawsuits.

"Protracted litigation to both interpret this regulation and defend it serves neither the interests of the livestock and poultry industries nor GIPSA," the agency said.

National Chicken Council President Mike Brown said the rule would have "opened the floodgates to frivolous and costly litigation" and National Pork Producers Council President Ken Maschhoff said the regulation "would have reduced competition, stifled innovation and provided no benefits to anyone other than trial lawyers and activist groups that no doubt would have used the rule to attack the livestock industry."

"The Obama administration spent the better part of a decade ignoring the calls from farmers, ranchers, and agriculture economists warning of the billion dollar blow this rule would have levied against American agriculture," he said.

But others said the rule would have protected farmers.

"Farmers have made clear that they need protection from harmful and abusive practices that are standard in their industry," said Sally Lee, program director for the nonprofit Rural Advancement Foundation International-USA, a North Carolina family farm advocacy group.

"The administration is allowing multinational corporations led by foreign interests to hold America's farmers and ranchers hostage with their monopolistic, retaliatory and predatory practices," he said.

10/18/17 GIPSA Rule Pulled by USDA
Tags:
$100 Ideas
That fellow is in quite a pickle.
In The Shop: The Final Touch to Welding
Brazil Says It Has U.S. Approval To Resume Beef Imports
San Antonio Barrow Show Winner Captures Hearts and Breaks Records
USDA drops 3 from $10.7 million Adams PACA case