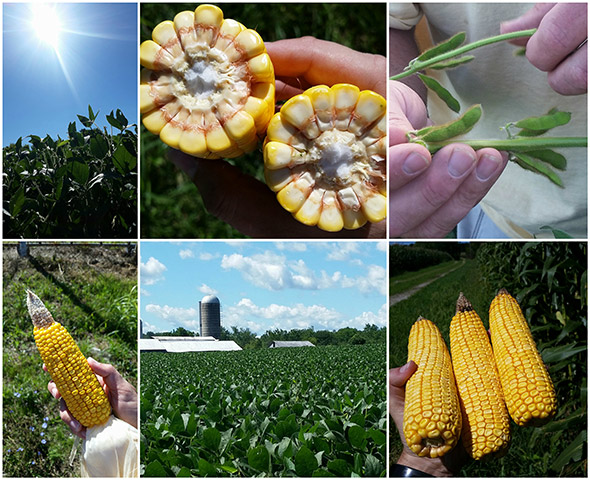 As novelist Doug Cooper jokes, variety may be the spice of life, but consistency pays the bills.

Farmers can relate – perhaps as much in Ohio as anywhere, where corn yields bounced around dramatically across the state in 2015. What are the odds 2016 has a repeat of highly variable yields? Some farmers are already placing their bets.

As the 2016 Pro Farmer Crop Tour rolled through Ohio, scouts saw the variety and variability they say can be commonplace in this part of the Corn Belt.

“Over the years, I’ve come to expect a good deal of variability in Ohio and northern Indiana,” says Dick Overby, a Minnesota farmer who has served as a scout on the tour for more than a decade.”

Meantime, fellow scout and Minnesota farmer Gary Wanous, emerges from a corn field in western Ohio, shaking his head. From the road, the crop is tall and looks healthy and green. Walk a few hundred feet into the field, however, and a different picture emerges – an uneven stand with a relatively low ear count, moderate northern corn leaf blight pressure and possibly a nutrient deficiency on top of that.

“This field looks great form the road, but when you walk into it, it’s a whole different story,” he says. “What might have been 200 bu. per acre could only be 160 bu. per acre.” (Note: The sample at this location yielded even lower, at 144 bu. per acre, but individual Crop Tour samples are not meant to be representative of the entire field from which they are pulled.)

The eastern leg of the Pro Farmer continued into portions of Indiana on Aug. 22. The 2016 tour wraps up on Aug. 25 and will provide statewide yield estimates for Illinois, Indiana, Iowa, Minnesota, Nebraska, Ohio and South Dakota. An additional composite Pro Farmer estimate of all areas scouted will be available Aug. 26.

Be sure to follow AgWeb's coverage of Farm Journal Media's Pro Farmer Midwest Crop Tour. Watch reports from the field by following Farm Journal Media journalists along for the ride on Twitter: Alison Rice at @agweb_alison, Ben Potter at @potterben, Chip Flory at @ChipFlory, Brian Grete at @bgrete, and Betsy Jibben at @BetsyJibben. And check AgWeb each evening this week for the day's freshest summary on what they're seeing in the field.