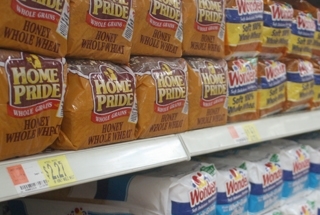 Vermont is asking a federal judge to throw out a food industry lawsuit that seeks to block the state's new genetically modified food labeling law from taking effect.

Attorney General Bill Sorrell said Monday that his office filed legal papers at the U.S. District Court in Burlington on Friday opposing the industry's request to block the law from taking effect.

Vermont lawmakers in May voted to put the state on a path to be the first to require the labels, passing a law to take effect in mid-2016. Maine and Connecticut passed laws before Vermont, but those measures don't take effect unless neighboring states follow suit.

Oral arguments on whether the case should be dismissed, or whether manufacturers can get a court order blocking the law, are tentatively set for Dec. 18 or 19.

The Grocery Manufacturers Association, National Association of Manufacturers and other groups are suing to overturn the law Vermont passed earlier this year, saying it places undue burdens on industry and violates the U.S. Constitution.

Brian Kennedy, a spokesman for the grocery manufacturers group, contends the law is a "costly and misguided measure (that) takes us one step closer to a confusing 50-state patchwork of state labeling laws that will provide consumers with incomplete and inaccurate information, only serving to misinform and mislead them."

In a legal filing, the state seeks to shoot down a range of legal arguments mounted in the manufacturers' lawsuit, including one that genetically modified food labels constitute political, rather than commercial, speech and therefore a decision not to use them carries greater First Amendment protection.

The manufacturers likened a genetically modified food labeling requirement to a New York City ordinance — ruled unconstitutional — that required groups opposed to abortion that offered free pregnancy-related services to disclose that they did not offer abortions.

The state replied that that argument wouldn't hold up, because the New York groups were operating out of religious conviction and "not in furtherance of their economic interests."

The genetically modified food labeling law, by contrast, is a purely commercial matter "requiring sellers of food to convey on a product label an uncontroverted fact about a product they offer to consumers," Vermont's lawyers said.

The manufacturers argue in their court briefs that the Vermont labeling law effectively compels political speech because it seeks to "tilt public debate" in "a preferred direction."

Vermont argues that "the mere fact that there is public debate about the wisdom of genetic engineering does not confer protected status to what is otherwise garden-variety commercial speech."