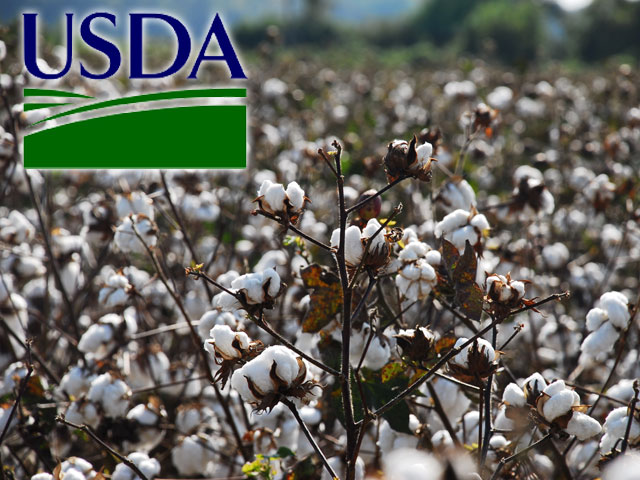 COTTON:  This month’s U.S. cotton 2014/15 estimates include higher production and ending stocks.  Production is raised to 16.4 million bales, as increases for the Southwest and Southeast more than offset a reduction for the Delta.  Domestic mill use and exports are unchanged, resulting in ending stocks of 5.1 million bales.  The marketing-year average price received by producers is forecast to fall between 56.0 and 64.0 cents per pound, with the expected midpoint of 60 cents the same as last month.

The global cotton 2014/15 forecasts also show only minor revisions this month, leaving ending stocks marginally higher.  Production is raised slightly as increases for Burma, the African Franc Zone, and the United States are mostly offset by reductions for China, Australia, and Uzbekistan.  Estimates for Burma’s supply and demand are revised beginning in 2000/01 based on review of data sources for production and trade.  World consumption is raised marginally, owing to increases for Burma, which are mostly offset by a decrease for China.