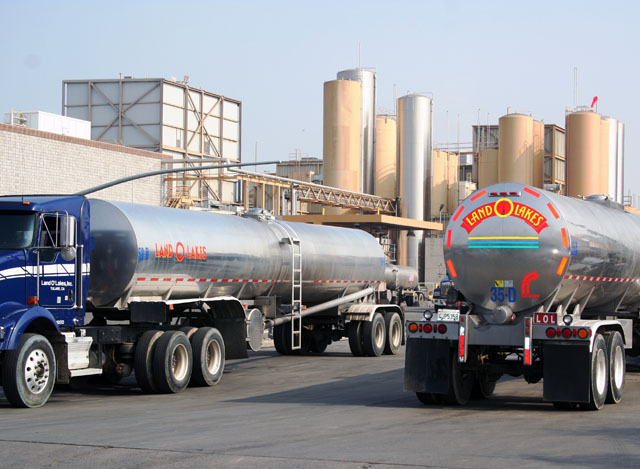 Can the demand side of the equation handle all that extra milk?

U.S. milk production will skyrocket to a record 213.9 billion pounds in 2016, according to today’s World Agricultural Supply and Demand Estimates (WASDE) report from USDA.

Today’s milk output estimate is a sharp jump from USDA’s forecast of 208.7 billion pounds for 2015.

“Put another way, lower grain costs are expected to translate into higher quality rations,” he adds.

USDA is now predicting the milk supply will grow by an average of 1.31% during 2015, Gould points out. That’s a slight increase from the prior production growth forecast of 1.26% as California's milk production declines continue to pull down the national growth rate. The Golden State accounts for about 20% of the nation’s milk supply.

“During 2016, milk production is forecast to grow an additional 2.5% year over year (YOY), above the average growth rate of about 1.9% YOY, meaning USDA is forecasting improved margins next year – and a better year for dairy farmers,” says Gould.

Can the demand side of the equation handle all that extra milk?

Gould’s take? “Stronger-than-expected exports, in combination with robust foodservice sales, have prevented a material build-up in cheese inventory, particularly for American varieties like Cheddar, Colby and Monterey Jack,” he says. “USDA has noticed. Back in February, USDA was forecasting cheese prices to average $1.63 per lb. during 2015. Now, it’s forecasting prices to average $1.655 per lb. during 2015.”

The bottom line, says Gould, is that USDA is forecasting cheese and butter prices to remain fairly steady through the rest of the year. It expects now-weaker whey and nonfat dry milk to undergo a price recovery.

“Despite the downward revisions, I think USDA is still overly bullish on Class IV (nonfat dry milk and butter),” says Gould. “The Class III forecast (whey and cheese) is more in line with industry expectations.”

The report also anticipates that Class III prices will average $16.35 per cwt. in 2015 on stronger cheese prices. But lower whey prices next year are expected to keep Class III prices in check at a $16.65 per cwt. average in 2016.

The report also forecasts the average All-Milk price for 2015 at $17.35 and for 2016 at $17.95 per cwt. The All-Milk price is the simple average of monthly prices received by farmers for milk at average test.