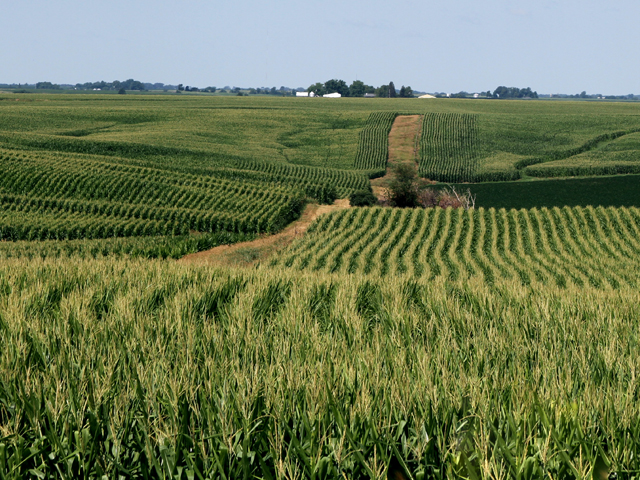 Farmland values seemed to defy logic in 2017. Numerous factors suggested prices would creep lower—yet they stabilized in many areas.

“Despite a slow ag economy and mostly stagnant grain prices, good farmland in much of the Midwest held steady to even increasing slightly as the year progressed,” says Jim Farrell, president of Farmer’s National Company in Omaha, Neb.

Demand for farmland stayed strong, partially due to the low supply of land and strong buyer interest.

“The amount of land for sale is still well matched to the number of potential buyers,” Farrell says. “While we may see fewer bidders at an auction or even for a private treaty land sale, there is still enough interest, especially at the farmer level, to keep this market firm.”

Even though 2017 was a tough year in terms of farmer profitability, many are still in the market to buy land, says RD Schrader, president of Schrader Real Estate and Auction Company in Columbia City, Ind.

“The fluidity of the market was aided by cash built up by farmers over some very profitable recent years,” he says. Additionally, the market was supported by the attraction of investors of all sorts to the farmland market and increasing spending for recreational land.

As a result, Wilkinson says the best way to sum up 2017 in terms of farmland values is: variable. “There has been more variability this year, as far as where land values were strong and where they were weak,” he says. “Some locations in the Midwest are showing values higher than what we have seen in recent years, while others are lower and more in line with our expectations.”

2018 And Beyond. While 2017 turned out to be better-than-expected for land values, economics will likely come into play in 2018, pushing prices lower, says Steve Bruere, president of People’s Company in Clive, Iowa.

“Farmers buy 70% to 80% of all farmland,” Bruere says. “But when margins are tighter, bankers get nervous. If farmers’ margins continue to get tighter, they will be less dominant buyers. As a result, investors could play a larger role. But investors and other buyers won’t be willing to pay as high of prices as farmers.”

For the winter months, Farrell expects land values to remain stable. “But looking longer term, I feel that land values have not hit the bottom yet,” he says.

Increasing interest rates will eventually have a negative impact on land values, Farrell says, as would an increase in farmland sales.

“The slow farm economy could push more land on the market as some farmers look to sell a parcel or two to shore up their balance sheet,” he says. “Any increase in land on the market will likely pressure values at this point. So far land value declines have been gradual and for now I don’t see that velocity changing.”

The upside to a steady farmland market is good buying opportunities, especially compared to the rapid runup land values saw a few years ago.

“There have been opportunities to buy land at a good value,” Bruere says. “You are subject to some roller coasters in prices in the short term, but it’s always a good time to buy—if you can hold it. There hasn’t been a 10-year period where land won’t be worth more at the end of it than at the beginning.”

What will influence land values next year? Keep an eye on these issues, advise leaders and analysts at sales and farmland management companies.

• The supply of land on the market

• The global demand for food