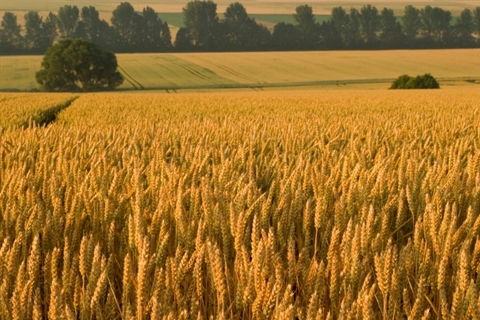 Wheat rose in Chicago amid concerns that cold weather in Russia will damage recently planted crops that haven’t yet entered winter dormancy.

Temperatures today were expected to reach lows of 18 degrees Fahrenheit (minus 8 degrees Celsius) in Moscow and Volgograd, and may remain below freezing during the weekend, according to AccuWeather Inc. Dry weather in some parts of Russia has eroded crop conditions and left young plants more susceptible to frost, Commerzbank said in a report today.

“A cold spell is gradually expanding on the European half of the Black Sea basin, which is home to most of the winter crops,” Paris-based farm adviser Agritel said in an online report. “The arrival of this climate makes producers worry.”

Parts of the Midwest may see scattered showers today with totals of as much as 0.25 inch (0.6 centimeter), AccuWeather said. Weather conditions still will be mostly favorable for harvesting, DTN said yesterday.