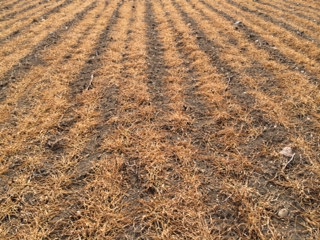 Wheat advanced to trade near an 11- week high as investors weighed the outlook for the Australian harvest that began last month and concerns freezing temperatures in parts of the U.S. may damage crops.

“The prospect of a weaker Australian harvest as rains damaged quality in some areas and yields disappointed in others” boosted prices, Australia & New Zealand Banking Group Ltd. said in an e-mailed note today. “Cold conditions in the U.S. have also raised fears of winter-kill in the newly planted winter wheat crop.”

Australia’s harvest may total 23.2 million metric tons, according to the median of five analysts and trader estimates compiled by Bloomberg last month. That compares with 24.2 million tons forecast by the government in September and 27 million tons reaped a year earlier. The U.S. was the world’s top exporter in 2013-2014 and Australia was the fourth-biggest, U.S. Department of Agriculture data show.

Tags:
Asia
Corn
MARKETS
Celebrating the Freedom to Trade
4 Questions To Ask Before Switching From GMO to Conventional Crops
Signal to Noise: The China Signal to Watch For
Tale of the tape: NAFTA era trends in U.S. produce trade
Salmonella Dublin Makes Inroads In The Beef Industry