When A Farmer Clashes With Freedom Of Religion 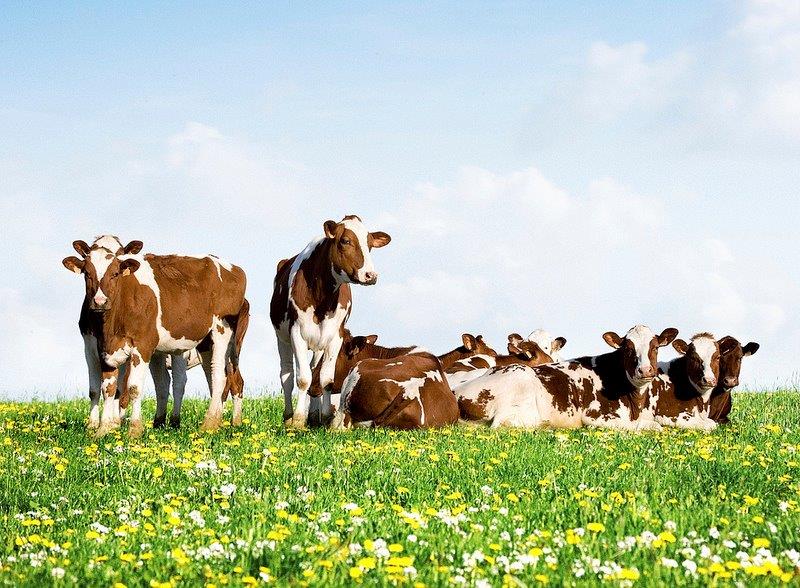 Nik Niessen never expected to find himself tangled in farming controversy, accused of violating a cardinal pillar of American rights: freedom of religion.

When Niessen, 25, and his parents laid plans for County Line Dairy on family farmland in rural Indiana, a church camp facility a half mile downwind took them to court, citing a host of regulatory infractions, including a sacrosanct claim: The dairy impinged on freedom of worship. On Jan. 18, 2018, the Indiana Court of Appeals rejected the church’s arguments and steered clear of a legal tar baby, providing precedent in future property rights versus religious rights cases.

For a copy of the court’s opinion, see here.

Tucked inside central Indiana’s patchwork quilt of farmland in Rush County, Niessen’s 1,400-cow dairy began operation in November 2017 and churns out 120,000 lb. of milk per day. A half mile away, across a spread of corn and the county line, the House of Prayer (HOP) Ministries church complex and youth camp is nestled on the edge of Henry County. Despite the physical proximity of dairy and church camp, a chasm of discord separates the neighbors.

Surrounded by a hive of bustling activity inside a dairy barn, Niessen shakes his head in disbelief at circumstances he says could have been avoided: “The church didn’t want us here and never gave up on our permit approval. We’re very glad we won the appeal, but what a waste the whole situation has been, all for loss of money and time.”

“The next generation often doesn’t want to farm because they see what their parents have to struggle with,” Niessen adds. “We work hard and do things the right way.”

HOP Ministries has held youth functions, including summer camp, at the site since 1984, with approximately 300 kids visiting each year, according to Matthew Elson, who serves as ‎treasurer and administrator for HOP Ministries. “This is not about a farmer milking a couple of cows. There is now a confined animal feeding operation (CAFO) with 1,400 head less than half a mile from our children,” Elson describes. “The smell is certainly a concern, but what about hazardous emissions from what is essentially manure in the air?”

“We’ve had tent services for 40 years and a kid’s camp for 30-plus years, but now we’re not free to do either. It’s not right and it’s not fair if someone can come in and create hazardous conditions right beside us,” Elson continues.

In 2016, the Niessens began the regulatory process to build an $8 million dairy, starting with two public hearings packed with church and farming affiliates. Despite HOP Ministries’ opposition at both meetings, Rush County’s Board of Zoning Appeals (BZA) voted unanimously to grant the dairy a green light, contingent on five additional conditions, all met by County Line Dairy: a shelterbelt of trees, knifed in manure application, an expanded driveway for truck turnaround space, record-keeping requirements for manure application, and a limit to the number of cows at the dairy.

Pared down, the Indiana Court of Appeals went hands off, and deferred to the BZA decision and declined to reweigh evidence. Attorneys Brianna Schroeder and Todd Janzen of Janzen Agricultural Law LLC represented the Niessen family. The core of HOP Ministries’ arguments can be broken into three sections, Schroeder says: “First, House of Prayer said the BZA findings weren’t good enough and only favored dairy evidence. That is a tough argument to make because the court generally defers to the BZA. Second, they claimed the camp is really a school and therefore requires a setback distance of one mile. No, the camp is not a school and no amount of shoehorning will make it one.”

HOP Ministries’ third argument centers on religious freedom, according to Schroeder: “Personally, I think this was a legal Hail Mary and an attempt by House of Prayer to make some new law with a novel argument. Religious claims leave more room for creative legal arguments than challenging a zoning decision, but the Court of Appeals made it clear there was no evidence of anyone blocking freedom of religion, period.”

HOP Ministries is represented by the Hoosier Environmental Council (HEC). Kim Ferraro serves as HEC’s senior staff attorney and director of Agriculture Policy: “All of our arguments have merit, but the arguments related to violations of House of Prayer’s freedom of religion and free exercise were unique to this case. We are disappointed that the Court of Appeals didn’t apply Indiana’s Religious Freedom and Restoration Act passed under the Pence administration the way it was intended—to provide broad legal protection for religious activities.”

“This case is particularly important because of children involved,” Ferraro continues. “The dairy is upstream and upwind of House of Prayer’s Christian youth camp where children are outside most of the time, and will have a devastating effect on the camp because of the serious health threats and pollution concerns for kids at the camp. It’s been a long fight, and unfortunately our arguments haven’t carried the day yet.”

“We’re not anti-farmer or anti-CAFO, but all industries must have limits and be mindful of neighbors. This is a case where those considerations were not given sufficient thought,” Ferraro adds.

Schroeder says the Niessens run a modern family farm, far removed from CAFO connotations: “I think the House of Prayer drew a line and portrayed themselves as a religious group on one side, and cast the Niessens on the other side as factory farmers, but it’s not accurate. The Niessens are just a farm family living the American dream.”

Freedom of religion court cases often involve a township and church clashing over property encroachment, and typically feature the church as recipient of government action. “These circumstances were entirely different from other freedom of religion cases. County Line Dairy jumped through all the regulatory hoops of state and county,” Schroeder says. “The court was being asked to value a religious group over a farming family, and the court refused.”

The case makes a significant statement regarding standard of review. The Court of Appeals gave a nod of approval to previous local zoning decisions. “The Court didn’t reweigh the testimony,” Schroeder notes. “Deference to local determinations is very big for agriculture. This is an important lesson for ag operations: Have your testimony and documents lined up when you go to a county meeting because that record follows you. Never underestimate the importance of a zoning meeting.”