Why Agriculture Is Consolidating 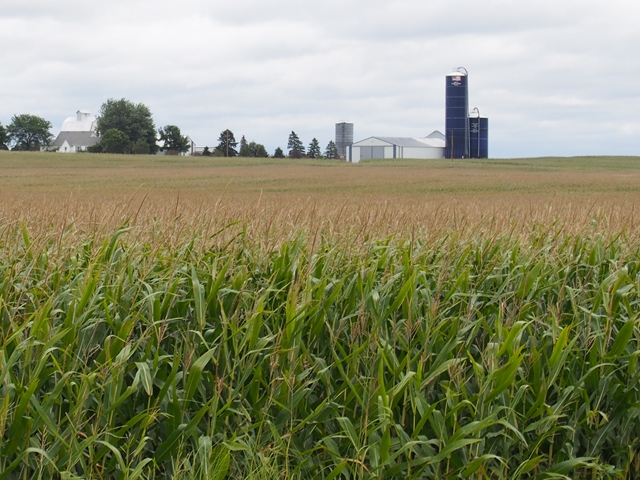 The pace of mergers and acquisitions underway in agriculture can seem dizzying. Yet for economists such as Michael Boland of the University of Minnesota, it’s just another day at the office.

“Farmers like choice,” Boland says. “I understand that. I like choice, too. But the reality is we’ve seen a decrease in the number of farmers.”

Don’t misinterpret him as dismissive of American producers or their concern about the prospect of marketplace monopolies. He’s simply seen these periods of consolidation in business over the past 25 years.

Farm operators have left the industry at a faster rate than the wholesalers, retailers and manufacturers that serve them. In recent months, market forces have begun to balance out that equation, reducing the players who will provide producers with goods and services.

(Register for the 2016 Executive Women in Agriculture conference Nov. 30-Dec. 2 in Chicago.)

“The decrease in the number of sellers will be a challenge for farmers because it lessens choice. I’m sure there will also be some synergies leading to new discoveries and new products, and farmers will benefit from those,” says Todd Janzen, attorney-founder of Indianapolis-based Janzen Agricultural Law and author of the Janzen Ag Law Blog on AgWeb.com.. “But the question to ask is whether the same discoveries, products and benefits for the farmer could arise from licensing agreements between these companies, rather than through consolidation? M&A is not the only way to collaborate on technologies.”

As producers push forward into the headwinds of low commodity prices, they must also decide whether the latest leg of consolidation merits pushback against the vendors whose products they rely on—or acceptance of inevitable market ebbs and flows in agriculture.

State Of Change. Bayer and Monsanto aim to pair up. So do Dow and DuPont Pioneer. And that’s just the tip of the iceberg (see below for more examples).

“Consolidation has been taking place for many decades across all segments, from crop inputs to grain merchandising to food processing,” says Dean Cavey, managing partner at Champaign, Ill.-based business brokerage and consulting firm Verdant Partners. “Many of the transactions that have taken place during this time have involved privately held, family businesses owners who are looking to monetize their lifetime of investment in building their business.

“The obvious difference between these examples and the current pending transactions is the scale, which is unprecedented for our industry. When transactions of this size come about, the question becomes, ‘How big is too big?’”

“If this deal were allowed to proceed, Deere would dominate the market for high-speed precision planting systems and be able to raise prices and slow innovation at the expense of American farmers who rely on these systems,” stated Renata Hesse, acting assistant attorney general of the Justice Department’s Antitrust Division, at the time.

In an October response, Deere countered that agriculture will benefit “through faster and better innovation focused on helping agricultural commodity growers increase crop yields and operate more efficiently. No competition will be lost as a result of the transaction. In fact, competition will intensify.”

It’s just one illustration of the high-stakes negotiations required to seal a deal—and get the signoff of regulators—that the railroad, oil and farm equipment industries all have experienced. A “weeding out of the competition” frequently follows periods of technological proliferation, Janzen says. More debate is bound to unfold as terms of pending seed and chemical deals emerge.

“Farmers’ reduced spending on crop inputs causes the Big Six to miss earnings targets, and shareholders then demand improved performance, which ultimately places pressure on the Big Six to justify the investment in research and seek efficiencies,” Stoerger explains. “As a result, they have looked to M&A as a means to cut costs, improve earnings and justify continued research into new products and technologies.”

In response, even food manufacturers and grocers are feeling the crunch. Boland points to the merger of Kraft and Heinz, the purchase of Annie Foods by General Mills and Hormel’s acquisition in May of a specialty nut-butter company.

“You look at the outside part of the store in yogurt, the meat case, the home delivery of retail foods, the same thing is happening there,” Boland says. The business literature refers to the process as creative destruction. “As buying habits change, firms change as well to try to service that new customer.”

It isn’t cheap. Companies can spend hundreds of millions of dollars in their bids to buddy up, and break-up fees in the event of a no-go can reach vast sums, Cavey says, such as the $2 billion fee to be levied if Bayer-Monsanto doesn’t pan out.

Regulators will weigh proposals with an eye toward antitrust concerns and food-security implications, Cavey says. Many have a global presence, requiring officials in multiple countries to assess possible effects on crops, tech and regional access to competing products.