Why the Green Energy Boom is Picking Up Speed 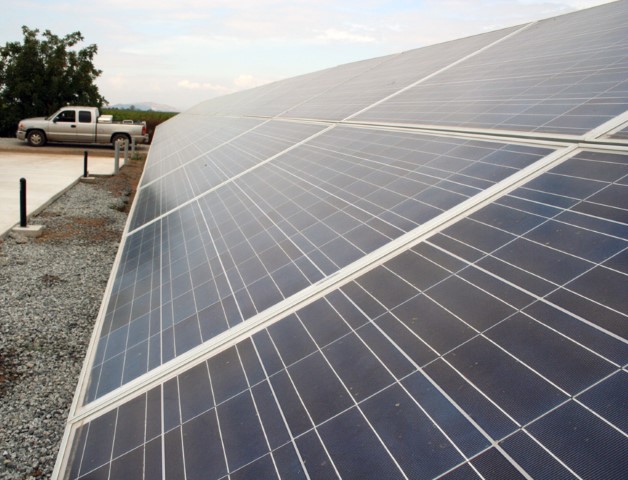 Investors in wind and solar power are getting more capacity for their money as the cost of the technology tumbles, making alternatives to fossil fuel more competitive.

That’s the conclusion of Bloomberg New Energy Finance, which found dramatic improvements in wind and solar technology is helping to boost the amount of power generated from each plant -- and the cash they yield. That allowed installations to grow by almost 70 percent in the last five years even as investment flat lined.

Another reason renewables are becoming so much more competitive is the growing number of countries using auctions to dole out support for clean energy instead of offering fixed subsidies. As developers compete against each other to offer the cheapest electricity, prices fall by as much as 60 percent, Liebreich said.

While it’s caused industry discomfort “to see prices crushed like that,” it’s forced companies to adapt and learn how to roll-out more efficient technologies, Liebreich said.

By using longer blades, higher towers and information technology, wind developers have cut costs by 50 percent since 2009, according to BNEF data. That helped Enel Green Power SpA win a contract in January to deliver power in Morocco for 3 cents a kilowatt hour, a record for wind energy.

“It’s not just that the turbines became cheaper,” Liebreich said. “They started to yield more and that is a really dramatic improvement over the last five years.”

The chart above shows the capacity factor of onshore wind farms, which measures how often those machines are actually turning and producing electricity. The reading struggled to reach 20 percent at the beginning of the century and is now higher than 30 percent, with some facilities as high as 50 percent.

It’s now the norm for windmills anchored to the seafloor to have 7 megawatts of generation capacity. That’s helped companies like Denmark’s Dong Energy A/S to drive prices to new lows. In July it won the right to develop the world’s cheapest offshore wind power at 7.27 euro cents a kilowatt hour (8 U.S. cents).

Some clean energy technologies deliver better value than others.

The U.K.’s two new nuclear reactors planned at Hinkley Point C Somerset, developed by Electricite de France SA will cost the country 82 billion pounds over the lifetime of the project, said Liebreich. The project has been awarded a contract for 92.50 pounds a megawatt-hour, which will be paid for over 35 years.

That money could be better spent on technologies that reduce energy wastage, he said.

“Give me 82 billion pounds and I will reduce demand through energy efficient light bulbs, and motors and pumps and appliances and I’ll give back certainly more than half, maybe three quarters, maybe even more.” he said.