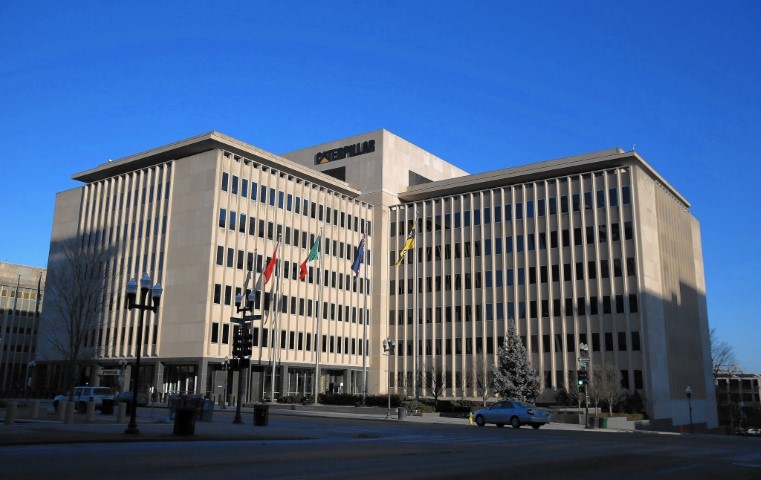 The Internal Revenue Service, the Federal Deposit Insurance Corp. and the Commerce Department’s Bureau of Industry and Security Export Enforcement on Thursday raided Caterpillar’s Peoria headquarters and a facility that ships parts overseas.

“While the warrant is broadly drafted, we believe the execution of this search warrant is regarding, among other things, export filings that relate to the CSARL matter,” Caterpillar said Thursday in a statement, referring to a tax case bought by the IRS involving a Swiss subsidiary. In a filing last month, Caterpillar said it is “vigorously contesting the proposed increases to tax and penalties” of about $2 billion.

The manufacturer said it got additional subpoenas relating to this investigation requesting more information on the purchase and resale of replacement parts by Caterpillar and non-U.S. Caterpillar subsidiaries, as well as dividend distributions of certain non-U.S. Caterpillar subsidiaries. The company said in the filing that it believes this matter “will not have a material adverse effect on the company’s consolidated results of operations, financial position or liquidity.”

Caterpillar, which has a financial unit that lends to customers, said it was cooperating with the investigation.

“The timing is surprising but there have been publicly stated concerns in the past, and it could be potentially related to that,” said Macquarie analyst Sameer Rathod. Caterpillar’s “transfer pricing accounting was under a microscope and we haven’t really heard anything on these for a long time.”

In a 2009 whistle-blower lawsuit, a former Caterpillar executive accused the company of using offshore subsidiaries in Switzerland and Bermuda to avoid about $2 billion in U.S. taxes from 2000 to 2009. The company sold and shipped spare parts globally from Illinois while improperly attributing at least $5.6 billion of profit from those sales to a unit in Geneva, according to claims made in that lawsuit, which was settled in 2012.

In 2014, the U.S. Senate’s Permanent Subcommittee on Investigations followed up on the executive’s claims and found that Caterpillar had “shifted billions of dollars in profits away from the United States and into Switzerland.” In Switzerland, Caterpillar had an effective corporate tax rate of 4 percent to 6 percent, the panel found -- far less than the 35 percent U.S. corporate income tax rate. Caterpillar told the Senate panel that it had fully complied with U.S. tax law.

“We believe the relevant transactions complied with applicable tax laws and did not violate judicial doctrines,” Caterpillar said in the disclosure.