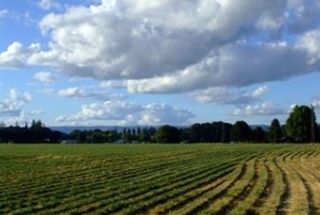 Like land prices, cash rents are in the middle of adjusting to this cycle’s lower grain prices.

Unfortunately for farmers who pay cash rents, these adjustments aren’t going to come as fast and furious as the swings in land prices, according to a roundtable discussion on U.S. Farm Report.

“One thing that’s very clear from history is that the adjustments in cash rental rates tend to be very slow and they tend to lag, so we’re going to see some adjustment take place this winter,” said Jim Mintert, director of Purdue University’s Center for Commercial Agriculture. “But we won’t see average cash rental rates adjust enough to fully accommodate the reduction in commodities that we’ve seen.”

Listen to the discussion here:

How can farmers manage this variable cost? Talk to your landowner. Said Mintert: “If you are the kind of farmer who communicated with that landowner on the way up and made some adjustments to accommodate the dramatic increases in commodity prices, you’re going to be in a lot stronger position to communicate with that landowner and argue for a reduction in rates here the next couple of years.”