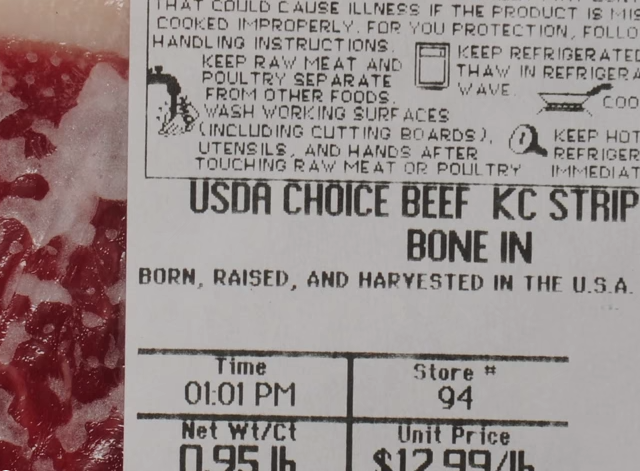 The U.S. has lost its final appeal with the World Trade Organization (WTO) over country of origin labeling (COOL) laws for meat products. Monday’s ruling, the fourth with the same decision from the WTO, opens the gate for Canada and Mexico to initiate trade sanctions against the U.S.

Following the ruling, Canada’s Minister of International Trade, Ed Fast, and Minister of Agriculture, Gerry Ritz, issued a joint statement threatening to seek authority from the WTO to use retaliatory measures on U.S. agricultural and non-agricultural products.

“For the fourth time, the WTO has ruled against the United States’ COOL policy, reaffirming Canada’s long-standing position that these measures are blatantly protectionist and discriminate against Canada,” the statement said. “The United States has used and exhausted all possible means to avoid its international obligations, damaging our highly integrated North American supply chain and hurting producers and processors on both sides of the border. In light of the final ruling, and due to the fact that the United States has continued to discriminate against Canadian livestock products, Canada will be seeking authority from the WTO to use retaliatory measures on U.S. agricultural and non-agricultural products.”

The U.S. Trade Representative Chief Counsel Tim Reif said he was disappointed in the WTO’s decision, and "we are considering all options going forward, and will continue to consult with members of Congress and interested members of the public regarding possible next steps.”

U.S. COOL policy since 2009 requires labels on meat products in the United States that say where the animals were born, raised and slaughtered. Canada and Mexico claimed those label requirements put their livestock industries at a disadvantage.

That’s also a claim made by organizations representing the U.S. meat industry, including the American Meat Institute and the National Cattlemen’s Beef Association, who have opposed mandatory COOL from the beginning.

NCBA President and Chugwater, Wyoming cattleman, Philip Ellis called COOL “burdensome and costly to cattle producers,” and said “it is generally ignored by consumers and violates our international trade obligations.”

Ellis said NCBA is calling on Congress to repeal COOL because “retaliation will irreparably harm our economy and our relationships with our top trading partners and send a signal to the world that the U.S. does play by the rules.”

Previously, the Obama administration revised the labels to try to comply with the WTO, but now Congress will be asked to change or repeal the law to avoid retaliation from Canada and Mexico.

The COOL Reform Coalition also called on Congress to act immediately. “The only way to mitigate the negative impact of the U.S. manufacturing and agricultural economies, and to save thousands of jobs, is for Congress to act now, the organization said in a statement.

The Republican chairmen of the House and Senate Agriculture Committees have indicated they are ready to take action on the issue. Both Texas Rep. Mike Conaway and Kansas Sen. Pat Roberts have supported past efforts to repeal the labeling laws, siding with the meat industry.