Back to Basics Time

by AgWeb Staff
The photograph can be misleading in some respects. It is not as though this farm is in any deep interior place. Shahpur is almost a suburb of Mumbai, one of the world's most populous urban centers. Santosh Sukrya Dingore is one of 50 farmers surveyed for awareness about pesticide safety norms. 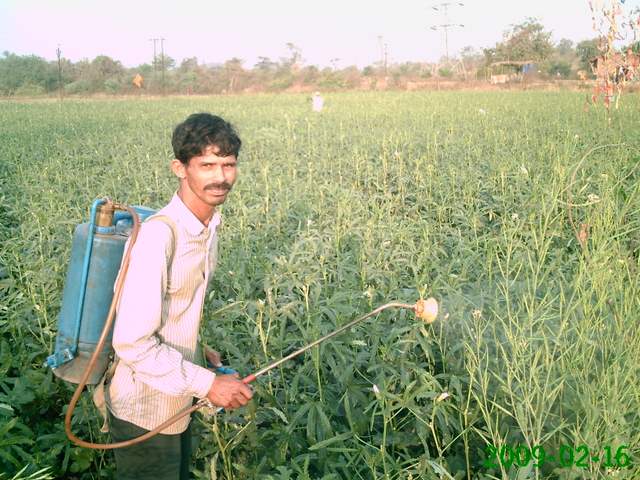 You can guess from the picture that this hapless farmer has not been told how to protect his crop safely and correctly. He does not possess even a pair of gloves. His back is vulnerable to dermal toxicity in the event of a spill or a leak. Any gust of wind will carry pesticide droplets to women, children, and animals in the village.

Just 4% of the surveyed sample was aware of pesticide hazards.We cannot expect much better in the agrarian countryside away from India's big cities. These farmers play key if silent roles in the country's food security. Rice paddies and vegetables jostle for arable land around Mumbai. There can be no Hobson's choice between having enough food to go around and poisoning the folk who grow it. Pesticide safety is a priority and there is not a season to lose.
keyword:
Keyword
Archived Content
Sharing the Australian GM Cotton Story of Environmental Progress
Trump Approval Strongest Yet as He Heads to Farm Bureau Convention
Volatility Creates Opportunity
Marketing Meeting Mayhem
Where Sesame Street Dead Ends.