Farmers Who Own Porsches

My work seems to follow me wherever I go–even when I am on vacation. It’s probably because I love what I do, and I love farm machinery.

So it really shouldn’t have been a surprise while walking around the Porsche museum in , that I got up close to a tractor… a Porsche tractor. 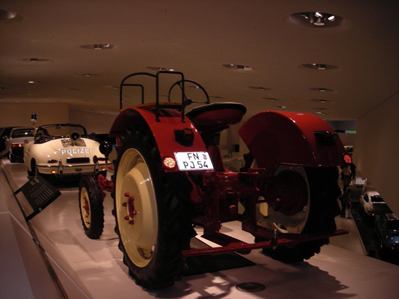 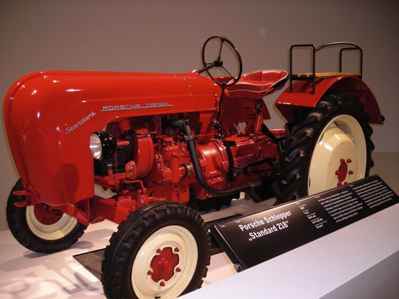 The Porsche design included a hydraulic coupling between engine and transmission. It’s reported the engineers believed that farmers were not able to clutch properly when shifting gears. The hydraulic coupling was a design criteria and requirement of all Porsche-Diesel engines used in tractors until the last model produced in 1963.

Porsche had a four-wheel-drive tractor at least on the drawing board as early as 1946.

I'd like to thank our friend Martin for being a great tour guide and host!